Home Know The Law Difference Between Homicide and Murder under IPC, 1860
Know The Law 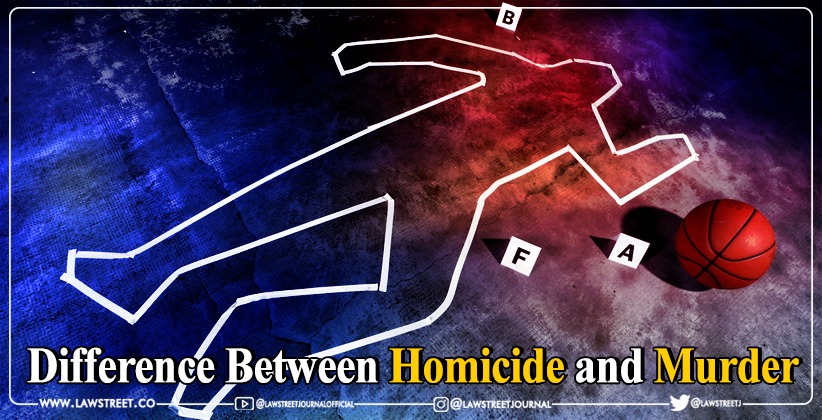 “Homicide” refers to killing of a human being by a human being. It is the highest degree of bodily injury that can be inflicted on a human body. However, it is not always necessary that a person committing homicide would be held liable.

Culpable Homicide is one of the categories of prohibited homicide and it elucidates when an act of causing the death of a person constitutes culpable homicide.

The imperative ingredients that must exist in order to constitute a particular offence as Culpable Homicide not amounting to murder are discussed as follows:

In the case of Nara Singh Challan v. State of Orissa, the court observed that:

Hence, the punishment for the offence of culpable homicide depends on the degree of intention and seriousness to commit the offence. Section 301 of the IPC lays down the Doctrine of Transferred Malice. It states that if a person had an intention of killing someone but accidentally, without any intention, kills another person, then the liability on him would be the same as it would have been if he had caused the death of the person whom he intended to. This doctrine was used by the Court in the case of Shankarlal Kacchrabhi and Others v. State of Gujarat while applying Section 301.

Culpable Homicide amounting to murder which is simply known as murder and comes under the purview of Section 300 of IPC, which states that: Culpable homicide is murder if it is caused with:

There are certain exceptions provided under Section 300 of the IPC, which exempts culpable homicide from being turned into murder. The exceptions are as follows:

In the case of K.M. Nanavati v. the State of Maharashtra, the court held that “The test to determine whether the action of the accused comes within the ambit of provocation or not is to examine whether any reasonable man having the same capacity and belonging to the same class or section of society if placed in the same situation as accused would also be provoked as to lose his/her self control.” The court further observed that the action resulting from sudden and grave provocation should be immediately when the person was provoked but not after the time which was sufficient for one to calm down.

Punishment for culpable homicide amounting to murder is given under Section 302 of the IPC, which states “whoever commits murder shall be punished with death or imprisonment for life, and shall also be liable to fine.”