Cybercrime is described as illegal activity involving a computer, a computer network, or a networked system. It is mainly perpetrated by profit-driven cybercriminals or hackers.

Dual Provisions under the IPC and the IT Act:

The two main legislations covering cyber crimes in India are the Information Technology Act, 2000 and the Indian Penal Code, 1860.

Many of the cyber-crimes that are punishable under the IPC and the IT Act have similar ingredients and even nomenclature. Listed below are a few examples:

Data theft has been one of the most common cyber-crimes in the world. We do not have strict data security laws in India, but we do have the Information Technology Act. The below are some of the accusations that can be brought against a data theft suspect. The Information Technology Act (IT Act) protects against unauthorised uploading, copying, or extracting information, data, or a database by enforcing hefty civil penalties that could total crores of rupees.

The Information Technology Act of 2000 (IT Act) defines data theft as “any individual who downloads, copies, or extracts any data, computer database, or information from such computer, computer system, or computer network without the permission of the owner or any other person in control of such computer, computer system, or computer network.” It is the term used when data is unlawfully copied or taken from a company or another person without their knowledge or consent.

Receiving stolen property that a person knows is stolen is illegal. It is considered a crime because purchasing such property encourages criminal activity such as burglary and robbery. In the IPC, there are some clauses relating to acquiring stolen property. These are covered by the IPC's Sections 410 to 414.

Indian law never dealt with identity theft as an offence separately. It is available in various IPC offences such as cheating according to Section 415, IPC, personal cheating according to Section 416, Section 403 violations of trust, IPC breaches etc. but not as “theft” under Section 378 of the IPC. Even the offence of identity theft specifically by way of the use of a computer resource was never addressed by any law before the 2008 amendment to the IT Act. The accused was charged under section 66 of the IT Act, sections 419, 420, 465, 468, and 471 of the Indian Penal Code, and sections 51, 63, and 65 of the Indian Copyright Act, 1957, all of which carry a maximum penalty of three years in prison and a fine of Rs.2 lakhs, which the accused never considered.

According to section 416 of the Indian Penal Code, a person is said to "cheat by personation" if he cheats by pretending to be someone else, or by intentionally substituting one person for another, or by falsely suggesting that he or another person is someone else.

To fight cybercrime, India passed the Information Technology Act in 2000, which was later revised in 2008. Popular cybercrimes include cyberstalking, cyber pornography, obscenity, defamation, morphing, and email spoofing. Issues relating to online sexual harassment of women are also unaffected by the Act.

Section 294 of the IPC states that anyone who does any obscene act in a public place, or sings, recites, or utters any obscene poem, ballad, or words in or near a public place, to the detriment of others, shall be punished with imprisonment of any description for a period that may stretch to 3 (three) months, or with fine, or both.

The IT Act's section 43(h) states: Section 43(h) of the IT Act, as read along with section 66, makes it illegal to charge a person's services to the account of another person by interfering with or modifying any device, computer system, or computer network.

Tampering with computer source records is punishable under Section 65 of the IT Act. It allows for a maximum sentence of three years in jail or a fine of Rs. 3,00,000 (Rupee’s lac).

Section 67C of the IT Act: Section 67C of the IT Act requires an 'intermediary' to preserve and retain such information as the Central Government may prescribe. There is no corresponding provision in the IPC for such an action. Those who intentionally or knowingly contravenes this requirement could be punished with imprisonment. Section 66E of the IT Act is very person who intentionally or knowingly captures, publishes, or transmits the image of a private area of any person without his or her consent, in circumstances violating that person's privacy, shall be punished with imprisonment of up to three years or a fine not exceeding Rs. 2,00,000 (Rupees two lac) or with both.

Anyone who commits or conspires to commit cyber-crime faces a sentence of imprisonment that may last a lifetime.

Cyber terrorism is punishable under Section 66F of the IT Act. Cyber terrorism is the use of electronic tools to harass or coerce the government, the general community, or some part thereof to achieve political or social goals. Individuals and organisations also attempt to use the internet's anonymity to intimidate regimes and terrorise the country's people. Section 121 of the Penal code (waging, trying to wage war, or abetting the waging of war against the Government of India) partly covers this crime, but no clause of the IPC mirrors section 66F of the IT Act.

All of the cyber-crimes under the IPC are bailable other than offences under section 420 (cheating and dishonestly inducing delivery of property), section 468 (forgery for cheating), section 411 (dishonestly receiving stolen property), section 378 (theft) and section 409 (criminal breach of trust by a public servant, or by banker, merchant or agent), which are non-bailable.

While offences under 420 (cheating and dishonestly inducing delivery of property), sections 425 and 426 (mischief, when the only loss or damage caused, is loss or damage to a private person) sections 378 and 379 (theft) and section 419 (Punishment for cheating by personation) of the IPC are compoundable offences, section 411 (Dishonestly receiving stolen property). In accordance with articles 463 and 465 (forgery), 425 and 426 (mischief), 469 (forgery for a harmful reputation)

Punishment for cybercrime under the IPC and the IT Act:

In the case of Gagan Harsh Sharma v. The State of Maharashtra, certain individuals were accused of theft of data and software from their employer. They were charged under sections 408 and 420 of the IPC and also under sections 43, 65 and 66 of the IT Act.

The charges against Sarat Digumarti were quashed by the Supreme Court, which ruled that if an offence contains an electronic record, the IT Act alone must apply because it was the statutory intent. It is a well-established rule of understanding that special laws will take precedence over general laws and that later laws will take precedence over previous legislation. Furthermore, section 81 of the IT Act specifies that the terms of the IT Act will apply notwithstanding anything in any other statute currently in place that is inconsistent with them.

Offenses under sections 408 and 420 of the IPC are not bailable and cannot be combined until the court grants approval. Sections 43, 65, and 66 of the IT Act render bailable and compoundable offences.

The Indian legislature has from time to time, made several amendments to the IPC, to specifically cover cyber-crimes. Some of the important amendments are as follows

The IPC has been amended to include cyber-crime. The Indian legislature has made a series of changes to the Indian Penal Code (IPC) to better address cybercrime. The below are some of the most significant amendments: The aim of section 29A was to describe the term "electronic record." In the IPC, section 354D was added, which makes cyberstalking a crime. The term "register" was defined as any number, records, or record of any entries kept in "electronic form," as defined in section 2(1)(r) of the IT Act.

We currently have a situation where several offences are penalised by both the IPC and the IT Act, even though the ingredients of both offences are the same. Under these Laws, there are minor variations in the penalties, mostly in issues such as whether the crime is saved or compounded or recognized.

No individual may be charged under the IPC for an offence arising out of certain acts if the IT Act could also be applied to the same acts or omissions, says Supreme Court. We contend that all cyber offences ought to be housed in IPC and not in IT Act. We argue that the "cyber" component of an offence is not sufficient reason for differential treatment of sub-categories of the offence. Crimes like robbery and obscenity can vary whether a "cyber" aspect is involved.

Theft is theft regardless of whether it is digital or tangible. Obscenity distributed through the Internet should be treated as offline transmission of obscenity.

The legislature's handling of the crime of "stalking," which was done by the Criminal Law (Amendment) Act, 20135, by inserting new section 354D into the IPC. Whether or not there is a cyber dimension to "stalking," it is punishable under Section 354D. Stalking occurs when a man follows a woman and regularly contacts or tries to contact her to encourage personal engagement against her apparent sign of disinterest. Stalking is often committed when a man observes a woman's use of the internet, email, or some other means of electronic communication.

There are a few exemptions to this offence of stalking, and all the defences apply irrespective of whether the stalking is cyberstalking or not. The punishment prescribed for stalking by Section 354D of the IPC does not discriminate based on the presence or absence of the "cyber" component.

According to Article 14 of India's Constitution of 1950, the State shall not deny equality to any individual, before the law, or equality of security of the laws in India's territory. The government has the right to legislate in particular cases or circumstances. However, the docking of cyber-crimes in the IT Act does not appear to have been well thought through.

About the fact that sections 43, 66, and 67 of the IT Act penalised cyber-crime broadly, it wasn't until 2008 that the IT Act was amended to include provisions for particular cyber-crimes.

These additions stick out like a clumsy appendage. As a result, all cyber-crimes in the IT Act are proposed to be repealed, and the IPC to be duly revised (to include all cyber-crimes, including those now protected by the IT Act). 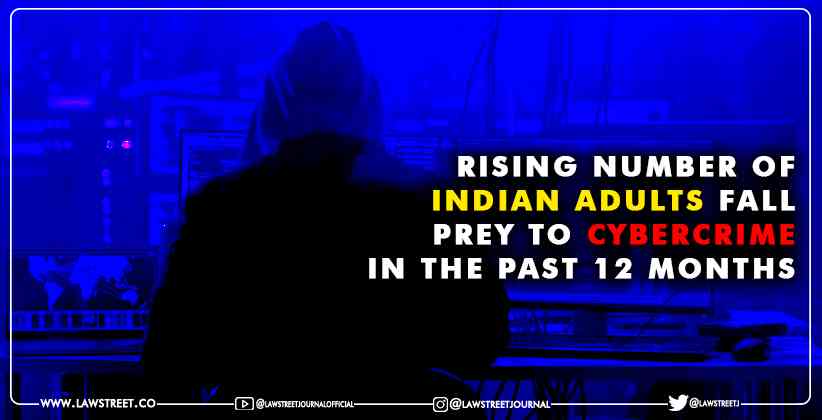 Know The Law Jun 01, 2021 Nancy Goyal ( Editor: Ekta Joshi ) 5 Shares
5 Shares
Due to Covid-19, there was a significant spike in cyber crimes with more than 27 million Indian adults experiencing identity theft in the past 12 months. According to a recent study on ‘Child Safety on Children and Adolescents, 9.2% of the 630 adolescents in Delhi and the National Capital Region (NR) faced online harassment or cyberbullying. But, half of them (4.6%) did not report it to the cyber cell.India stands third in the world for the number of cybercrimes cases at over 2,900, as...
Read full post