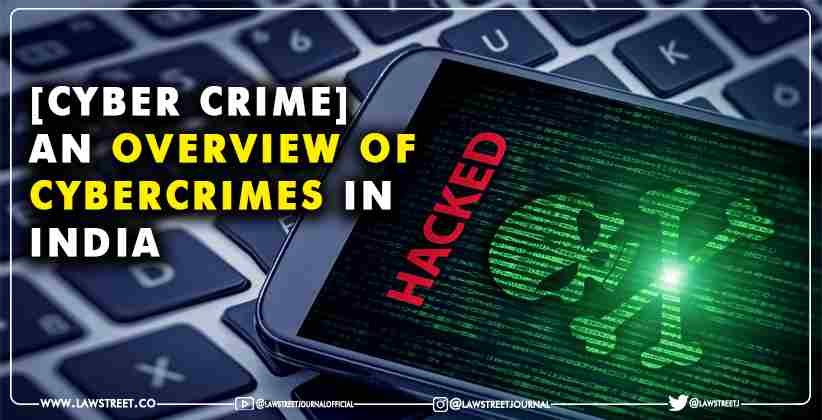 It is no news that cybercrimes are increasing more and more with each passing day. The boom of the digital era combined with our dependency on virtual platforms has led to criminals and fraudsters creeping in on our data. This has led to the growing instances of identity theft and cyber fraud. To understand the situation in-depth, it is important to understand what cybercrime is, its types, and the legal provisions pertaining to it in detail:

A global computer network that facilitates online communication is known as cyberspace. It enables users to share information and ideas, interact and communicate, play games, participate in discussions, conduct business, and perform a variety of other tasks. In other words, Cyberspace refers to the computer-generated global stage of the internet and web.

Cybercrime can however be defined as any criminal activity involving computers and the internet, such as unauthorised access to another's computer system or database, manipulation or theft of stored or online data, hacking, phishing, cyber warfare, and the spread of computer viruses. To put it another way, any offence or crime committed with the aid of a computer could be referred to as cybercrime.

In essence, cybercrime can be divided into three main categories:

A: Crimes against persons include :

B: Crimes against property

The challenges imposed by cybercrimes have also increased with the developments and development of the internet, information technology and computers.

The need for cyber laws and its application has become very important in modern times, as the number of internet users is increasing. Cyber laws are needed due to the following reasons:

Cyber Laws: In addition to the widespread use of the internet, cybercrimes are new kinds of crimes that have grown day by day. The Information Technology Act (IT Act), 2000 was first introduced with the aim of creating an environment which would enable IT commercial use. The IT Act sets out the acts that can be penalised in this regard. It was also amended to take its remit in cybercrimes under the Indian Penal Code of 1860.

The following are the various internet offences that have been convicted of under the IT Act and the IPC:

1: In accordance with the IT Act, cyber crimes include:

Analysis of Cyber Crimes in India:

Over the past 18 months, a total of more than 3.17 lakh cybercrimes and 5,771 FIRs have been recorded online via a centralised portal, a considerable number of which were reported in Lok Sabha, Maharashtra and Karnataka.

Union Minister of State G Kishan Reddy said on August 30, 2020 that online citizens' reporting for all types of cybercrime incidents will be centralised, with special attention given to cybercrimes against women and children. The Ministry of Home Affairs thereafter operationalized the National Cyber Crime Reporting Portal on August 30, 2019.

Reddy further said that the incidents on this portal have been reported, the state and the Union Territory law enforcement agency involved is handled according to the law. They have been converted into FIRs and further action thereon. The MHA interacts regularly with the state and UTs and advises them to speed up the disposal of cyber-crime events reported with a particular emphasis on women and children.

Worldwide, the role and use of the internet is growing quickly. However, the convenience has increased for cyber criminals to access any data or information that people deliver intentionally and unwillingly on the Internet and elsewhere.

It has increased the convenience of consumers as everything can be done staying at home. Therefore, it is necessary that people be made aware and educated about cybercrimes alongside the right legislation to prevent and protect cybercrimes.

We live in a digital age, and the cyberspace is not confined to one's limits, but to a whole world. In all countries, including India, cybercrime is therefore increasing day by day. Due to the continuous evolution of digital technology, cybercrimes are the greatest challenge. This results in the implementation of new cybercrime methods and methods. Therefore, protection against cybercrime is as important as any crime in our society.