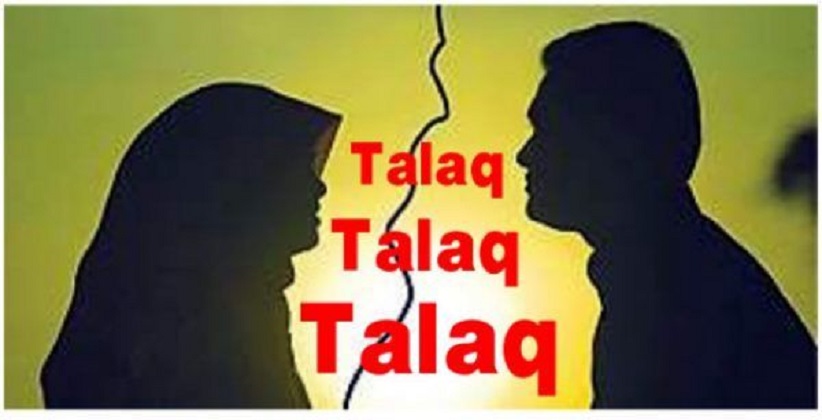 Recently, the Triple Talaq Bill has been passed in the Lok Sabha and now it will be taken up for consideration in the Rajya Sabha. The Bill, which makes Triple Talaq a punishable offence was introduced following the Supreme Court judgment on August 22, 2017, in the case of Shayara Bano v. Union of India in which the apex court by 3:2 majority set aside instant talaq as a manifestly arbitrary practice.

With so much debate going on about it, you must be clearly wondering as to what is Triple Talaq? And what does the Bill say? Below we have explained the whole concept for you in a comprehensible manner so keep reading.

What is Triple Talaq?

Triple Talaq also known as Talaq-e-biddat is a form of divorce practised by Muslims in India, especially by the Hanafi Sunni Muslims. The practice allows a Muslim man to divorce his wife by uttering "Talaq" three times in oral, written or recently electronic form such as telephone, SMS, email or social media.

The practice does not obligate the husband to cite the cause for the divorce or even to give maintenance to the wife leading the Muslim women to end up in a helpless state. After pronouncing Talaq three times the man is required to wait for three menstrual courses or Iddat period, subsequent to which the divorce becomes irrevocable. Thereafter, the divorced wife could not marry her divorced husband unless she marries another man, a practice called Nikah Halala.

This mode of divorce has been frowned upon by the majority of Muslim women in India, and with the support of Bharatiya Muslim Mahila Andolan (BMMA) a nationwide campaign was launched to put a ban on the practice.

The historical judgment came on the petition filed by Shayara Bano on February 23, 2016, after her husband sent her a letter with word "Talaq" written on it thrice. Later the apex court tagged the petitions of four other women, with similar cases.

Justice Nariman expressing the majority view said that the talaq-e-biddat allowed a Muslim man to "Whimsically and capriciously" divorce his wife. The practice is manifestly arbitrary and thus unconstitutional.

What is Triple Talaq Bill?

A ministerial committee was set up by the Union Government to frame a penal law on Triple Talaq after it was found out that the practice is taking place even after the Supreme Court judgment.

The Bill under section 4 enunciates the punishment of three years imprisonment and fine in case the man pronounces talaq on his wife. Moreover, the Bill has made the practice a cognizable and non-bailable offence. Under section 7 it says that "Not withstanding anything contained in the Code of Criminal Procedure, 1973, an offence punishable under this Act shall be cognizable and non-bailable within the meaning of the said Code."

To protect the Muslim women rights, the Bill has also made a provision of subsistence allowance to be paid to her by the husband and that she will be entitled to the custody of minor children.

Section 5 and 6 of the Bill say married Muslim woman upon whom talaq is pronounced, shall be entitled to receive from her husband such amount of subsistence allowance for her and dependent children as may be determined by the Magistrate, and married Muslim woman shall be entitled to custody of her minor children in the event of pronouncement of talaq by her husband."

The Bill if passed in the Rajya Sabha will surely prevent the continued harassment being meted out to the Muslim women due to Triple Talaq and ensure equal justice for them all.