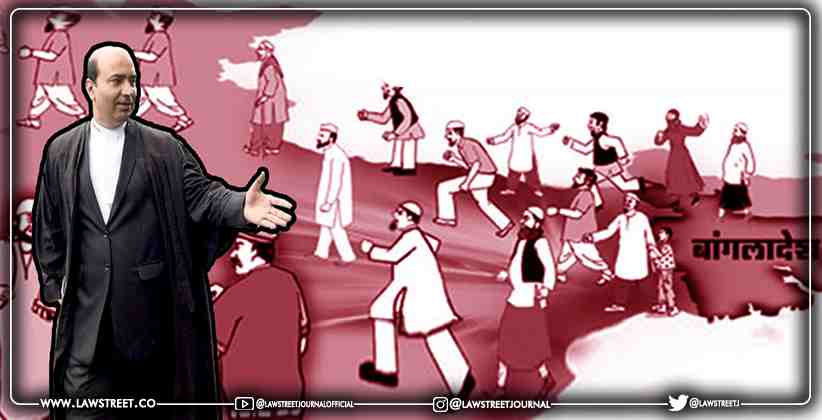 The issue of illegal immigrants entering our nation is of no news. It dates back to the 1950s and has been prevalent ever since the post-independence era. And while the government has brought into place several measures such as the National Register of Citizens (NRC) to curb the practice, there is a lot that is still brewing under its garb.

Recently, two Rohingyas living in India on forged documents were arrested by UP ATS from Ghaziabad. They were involved in a racket of helping other Rohingyas sneak into India through different channels. The ATS team also recovered Rs 70,000 and forged PAN, Aadhaar, and UNHCR cards from them. In addition to this, there are several similar instances that are reported throughout the country every single day.

To maintain a check on such incidents and to urge authorities to bring in stricter measures to curb illegal immigration, Advocate Ashwin Kumar Upadhyay has introduced a PIL in the Supreme Court that calls for a ‘Detain, Detect, Deport’ approach towards unlawful immigration in the country. It was filed in 2017 and is still pending in the court for disposal.

Key pointers of the PIL:

In essence, the PIL calls for detecting illegal immigrants, handing them over to detention centers, and deporting them back to their countries within a period of one year. It calls for the states as well as central authorities to draft an action plan in this regard and note down the measures they have taken or will continue to take to ensure that no illegal immigrants make their way into the country. The next hearing on the PIL is to take place on July 6th, 2021.

Link Between Corruption and Illegal Immigration:

Commenting on the issue of Illegal Immigration, Advocate Ashwin Upadhyay states that there is a strong link between corruption and illegal immigration. Migrants from Bangladesh and other adjoining countries have been successful in stepping into our nation by bribing border authorities and even soldiers. They get forged documents such as fake Aadhar, PAN, Driving License, and Ration cards made for as little as Rs 1000-2000 and seek refuge in different parts of the country.

Advocate Ashwin Upadhay suggests that to curb illegal immigration, it is prime to put an end to corruption. The government should bring in strong anti-corruption legislation that lays down the criminal acts in this regard along with the punishments for each one of them. For instance, those involved in the trade of forged documents should not only be punished with jail term (of 20-25 years), but their properties should be attached/seized as well.

While commenting on the legal provisions in the matter, Advocate Ashwin Upadhyay also points out that stricter legislation is the need of the hour. The government should lay down provisions wherein illegal immigrants are given three months to elope and leave the country. If they fail to do so, they shall be arrested, and all of their properties should be seized in totality.

Further, corrupt and non-conscientious politicians are also to be blamed for the widespread corruption and unlawful immigration in the country. They are allowing refugees to hide under the garb of illegal practices and to even gain citizenship through corrupt means to secure vote banks. However, in doing so, they are not only doing a disservice to the citizens of the country but also leading the very nation on a downward spiral.

Check out Advocate Ashwini Upadhyay’s views on the matter below: