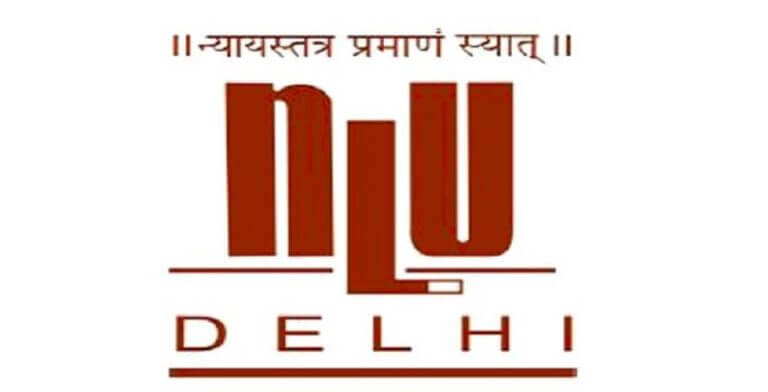 The Sixth Annual Convocation of National Law University, Delhi was held on August 4th, 2018 in the auditorium of the university. Chief Justice of India Dipak Misra was the Chief Guest and delivered the convocation address.

The convocation ceremony was also attended by Chief Minister of Delhi Arvind Kejriwal, who was the Special Guest of Honour, Acting Chief Justice of the Delhi High Court Gita Mittal, and Vice Chancellor of NLU Delhi, Prof. (Dr.) Ranbir Singh, they conferred the degrees upon the successful students of BA.LL.B. (Hons.), LL.M., and Ph.D. scholars.

Apart from this, gold medals and cash prizes were awarded to students of B.A.LLB. (Hons.), and LL.M. programmes. (List of the students who were conferred with gold medals is given below)

The Vice-Chancellor, in his welcome address, welcomed all the dignitaries, graduating students and their parents and all other invitees. Since this is the 10th anniversary of the establishment of the University, Prof. Singh highlighted the landmark achievements of the University in the last decade. He stated that the highest goal of the university is to make its students worthy members of the society, imbued with the spirit of the constitution and with kindness and humility towards all.

He stated that it was a matter of pride that NLU graduates have excelled in all fields, including in judicial and civil services examinations, and in securing prestigious scholarships for higher studies and in securing employment in top law firms across the globe. Many work as judicial clerks with the judges of High Courts and the Supreme Court, and several have also started their litigation practice.

The Vice-Chancellor mentioned that in this short span of time since its establishment, the University has achieved a NAAC score of 3.59; has been conferred a Category I autonomy status by the UGC, and is ranked no. 2 in the National Institute Ranking Framework (NIRF) Rankings. The University has created more than 300 lectures, available for free, online. The University also has 10 Massive Open Online Courses (MOOC), available for free online, which has already seen enrolment from more than 5000 students.

Moreover, the Vice Chancellor also stated that NLU, Delhi is known for its research, with 14 active research centres, and several research projects. The University is regularly consulted by the law commission of India, government ministries and the courts, amongst others. The University has a National Academy of Law Teachers for the training of law teachers, which has trained more than 600 teachers. Though he said, “For NLU, Delhi the best is yet to come. Being the number one law school in India is too small an aim for NLU, Delhi. We hope to compete with the best of law schools across the globe.” He also made a special mention of the Registrar, Prof. G.S. Bajpai’s contributions in the successful implementation of the e-pathshala project.

The Chief Justice of India Dipak Misra was the Chief Guest and delivered the convocation address. He congratulated the University for completing a decade of existence under the able leadership of Prof. Ranbir Singh.

Justice Misra congratulated the graduating students and the medal holders. He stated that the country has great expectations from the graduating students of India’s premiere law school. He urged the new graduates to familiarize themselves with social realities that will make them effective lawyers, judges and administrators. They need to learn to bridge the gap between legality and reality, and to work for the advancement of the poor, downtrodden and impecunious.

He advised the young graduates to, “never be afraid of uncertain future that lies ahead because this uncertainty is intellectually exciting.”

The Convocation also saw the release of three NLU, Delhi journals: The Journal of National Law University, Delhi and the Journal of Victimology and Victim Justice, both published by SAGE, and NLUD Student Law Journal.

Courts Should Be Careful In Proceeding Against Husband’s Kin Caught In Dowry Cases: SC