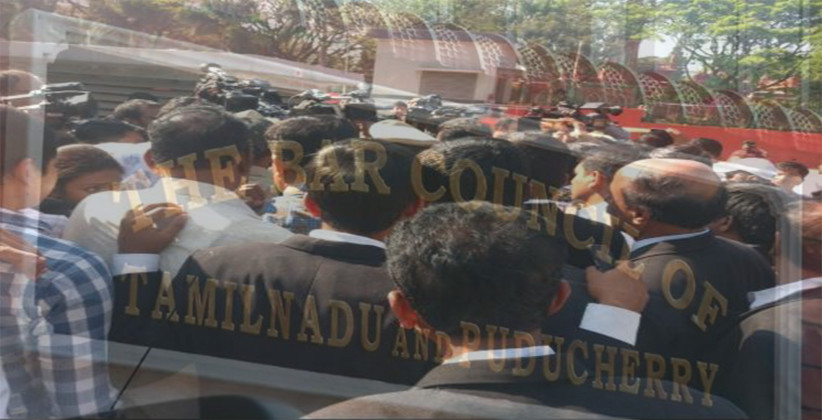 The Bar Council of Tamil Nadu and Puducherry through a notification dated March 22, 2019, suspended 5970 advocates for not paying subscription dues for the Advocates’ Welfare Fund.

As per the notification, the advocates are not allowed to practice in any court, Tribunal or other authority till the payment of the subscription dues.

“It is hereby informed that the Advocates Welfare Fund (BCI)committee has suspended the right of practice of 5970 Advocates in any court, Tribunal or other authority till the payment of subscription under Rule 40, Part VI Chapter II of the Bar Council of India Rules vide resolution No, 242/2019 dated 21.03.2019,” the notification reads.

Under Rule 40, Part VI, Chapter II of the Bar Council of India (BCI) Rules, the advocates are required to contribute to the welfare fund by making payment to the State Bar Council at prescribed intervals. Out of the amount collected, 20% is to be remitted to the BCI every month and the rest 80% is to be used by the State Bar Council for welfare activities of the advocates in the state. An annual report is also required to be submitted to the BCI to this end.

The procedure prescribes, the State Bar Council Secretary to first issue notice to the errant advocate and even thereafter if the advocate fails to pay the dues, the State authorities are empowered to suspend him from practice.  Earlier, in January last year, the Tamil Nadu Bar Council had issued a final warning to all the defaulting advocates, stating that the advocates who failed to clear their dues by February 5, 2019, would face suspension without further notice.