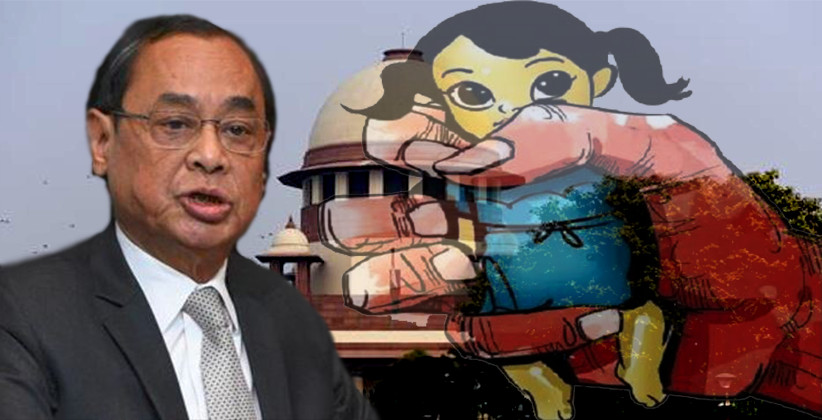 Chief Justice of India Ranjan Gogoi has sought a report from the Supreme Court registry asking it to file a reply within a week, as to why there was a delay in placing the July 12, 2019, letter written by the Unnao rape victim's family before him.

As per a report published by the Telegraph, the letter sent by the family seeking protection from threat had not reached the office of CJI Gogoi until Tuesday afternoon i.e., July 30, 2019.

"Will try to do something constructive in this destructive atmosphere," Gogoi said while asking the Secretary-General to explain why there was a delay in placing the letter before him. The apex court will hear the matter on August 1, 2019.

Registry sources said hundreds of letters were addressed to the Chief Justice and other judges every day and any delay need not be deliberate, the Telegraph reported.

In the letter, the rape survivor's family complained that they were facing threats and intimidation from henchmen engaged by the accused BJP legislator Kuldeep Singh Sengar and pleaded for providing adequate security. The letter stated that it was annexing a video recording of the criminal intimidation and the photographs of the aggressors.

Reportedly, the Supreme Court registry had also delayed issuing notice to the accused in the petition filed by the rape survivor's mother seeking transfer of trial of the case from Unnao to Delhi citing intimidation from the accused.

The Bench of Justices S.A. Bobde and Abdul Nazeer had issued notices to the CBI and 14 respondents, including the BJP MLA on April 16, 2019.

In the normal course, the matter ought to have been listed after four or six weeks. But this case, it had not come up for hearing till date.

The Supreme Court registry staff had not sent copies of the notice issued by the Bench in April until June 28, 2019, the Telegraph report suggested.

On July 28, 2019, a truck rammed into the car in which the rape survivor was travelling near Rae Bareilly, killing her two aunts and leaving her and her lawyer critically injured.

Kuldeep Singh Sengar has been booked for murder and criminal conspiracy in connection with the accident, even as the victim battles for her life.

The allegation against Sengar, a four-time MLA who represents Bangermau in the UP assembly is that he raped the teenage girl at his home in 2017. Sengar was arrested on April 13, 2018, after the rape survivor held protests outside Chief Minister Yogi Adityanath's residence in Lucknow.

Before that, her father was arrested and sent to jail in connection with an Arms Act case and died in custody, allegedly due to torture. A key witness in the case died months later, under mysterious circumstances. The uncle of the survivor is lodged in jail, and the tragedy on July 28 happened when the survivor and family had gone to meet him.

Article 35 A in J&K: Supreme Court adjourns the hearing