All India Bar Examination XIII Results Postponed, To Be Declared In March 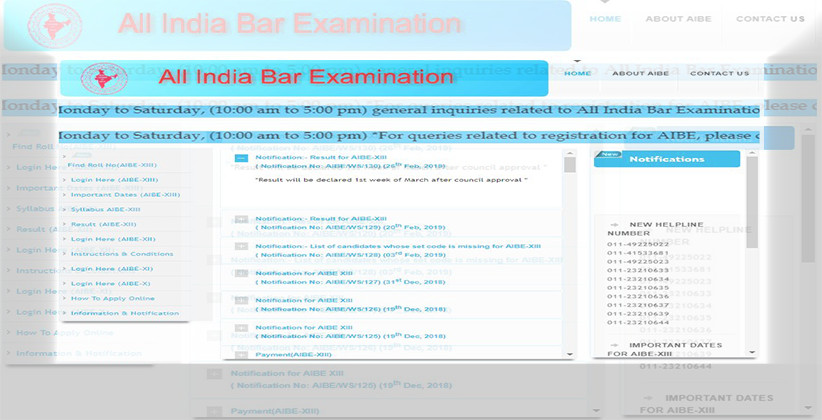 The results of the thirteenth edition of the All India Bar Examination (AIBE XIII) that was conducted on December 23, 2018, will be declared in the first week of March, subject to the approval of the Bar Council of India (BCI).

The results were due to be released on February 25, 2019, but without any clarification the declaration of results was postponed.

This might be done because of Supreme Court tightening its grip on the BCI due to the growing number of fake lawyers practicing in the courts without any authority.

In 2017, the Supreme Court voiced its concern over the prevalence of fake lawyers in the country when the then Chairman of the Bar Council of India (BCI) informed the apex court that according to statistics from the BCI’s verification process, 45% of lawyers in India are fake.

The situation has not been improved much since 2017 with the racket of fake lawyers still surfacing in several incidents. The condition is really appalling especially when thousands of cases are awaiting the justice. This necessitates a stern measure on part of the BCI to root out the fake lawyers that are thriving in the country.