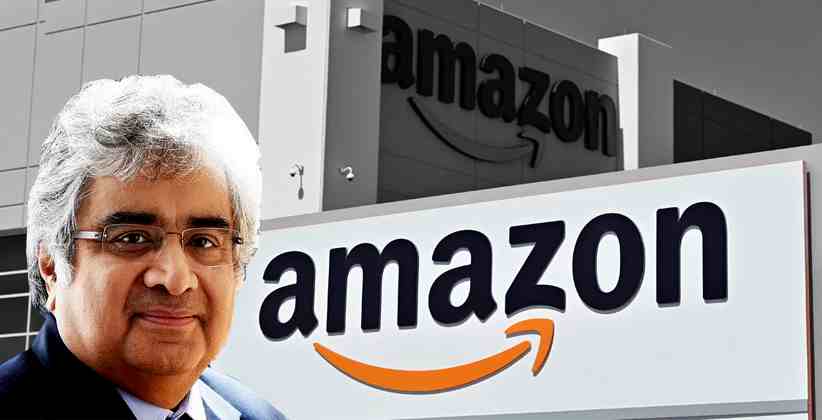 Legal Insiders Nov 17, 2020 Richa Shah ( Editor: Ekta Joshi ) 0 Shares
0 Shares
Senior Advocate Harish Salve said to the Delhi High Court during the hearing of the Future Retail suit against American giant Amazon that it ( the latter) still thinks that it is living during the time of The East India Company.

Future Retail had filed a suit against Amazon to prevent it from interfering in its deal with Reliance after a stay order was passed on it by the Emergency Arbitrator of the Singapore International Arbitration Centre (SIAC). Amazon is an investor in one of the shareholders of Future Retail and had moved the Emergency Arbitrator on the ground that Reliance fell in the negative list of 30 entities with which Future Group could not transact.

The argument was placed before the bench which consisted of a single judge: Justice Mukta Gupta. It was reiterated by Senior Advocate Harish Salve that the order of the Emergency Arbitrator was of no value. He said, "I am subject to Indian courts. If a gentleman sitting in Singapore says something, I can bin that order. It is not to show any disrespect. I'm saying that as a matter of law." He said that Amazon had no say in the affairs of Future Coupons as Amazon only held shares in Future Coupons (FCPL) and said that Amazon was not even a minority shareholder in FRL. How could there be rights conferred upon him? Amazon's assertion was strongly rejected by Salve. He said that its consent to the transaction was necessary and in case Amazon had a grievance, it should be raised against the promoters i.e. the Biyanis, and not FRL. He said that Amazon has arrogance, but don't have any contractual rights. Defending the transaction with Reliance, Salve stated that the directors of FRL have a fiduciary duty towards its shareholders. The August Board Resolution was passed to save FRL, which is sinking, he submitted. The suit was not maintainable as per Amazon in view of the existence of an arbitration clause. Contending that the three relevant agreements - the FRL Shareholding Agreement (SHA), the FCPL SHA, and the Share Subscription Agreement were on the same platter, Amazon, through Senior Advocate Gopal Subramanium, had asserted that the "ship of arbitration" in the present case has already sailed. The Emergency Arbitrator was defended by Amazon on the ground that the Rules of the SIAC were embedded in the arbitration agreement between it and the Future Group.