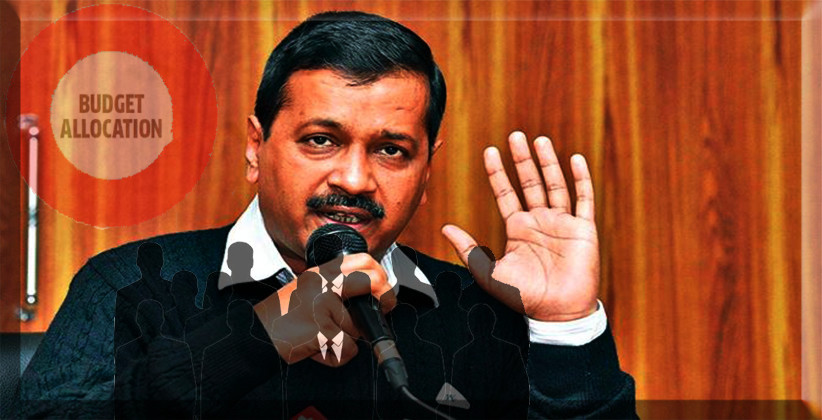 Delhi Chief MinisterArvind Kejriwal on February 20, 2019, has made a significant announcement to provide Rs 50 crore grant to facilitate various social security schemes for lawyers in Delhi.

The announcement was made at an event organized by the Bar Council of Delhi and other Bar Associations at District Court Tis Hazari. The event was organized to honour CM Arvind Kejriwal and Delhi Law MinisterKailash Gehlot for their taking steps to provide social security schemes to the advocates. The function was attended by a massive gathering of nearly 5,000 lawyers.

While making the announcement, Kejriwal declared that the grant of Rs 50 crore would not be a ‘one-time’ grant but would be recurring and if more money would be required for the welfare schemes the same would be provided by the state government. He assured the gathering that the social security schemes would not be defeated due to lack of funds.

Further, at the event, Kejriwal indicated that he is positive on the inclusion of advocates and their family members under the ‘Delhi Government Health Scheme’. Moreover, he also ensured that advocate chambers would be included under the category ‘domestic’ for determining electricity tariff.

Reacting to a demand for housing scheme, the Chief Minister assured that he will take no time to implement the scheme, provided he would be given power to do so. He said that because of Delhi not being a full state, there are various administrative and functional difficulties, which hamper the working of the democratically elected government. Pointing out the problem, he appealed the advocates to take up the cause of full Statehood for Delhi.

The present grant comes after initial funding of Rs 1 crore that was granted by the Delhi Government in 2001 when the Advocates’ Welfare Fund Act, 2001,was brought into force.

Bar Council of Delhi ChairmanK.C. Mittal while addressing the gathering referred to the successful demonstration that was carried out in the country on February 12, 2019, by advocates seeking comprehensive schemes from Central Government. In Delhi, around 35,000 advocates participated in the demonstration.

Thanking CM Arvind Kejriwal and Delhi Law Minister, for a budgetary provision of Rs 50 crore, the Chairman pointed out that for the State of Telangana, where there are 25,000 advocates, a grant of Rs 100 crore has been made, whereas the strength of advocates in Delhi is approximately 1 lacs and much more funds are required.

Delhi Law MinisterKailash Gehlot, at the event, assured the gathering that he will extend all support to the Bar Council and the advocates of Delhi to frame appropriate rules and schemes for the purpose of the welfare of the advocates.

The announcement was made amidst rising agitation in Bar Council of India (BCI) due to inaction of Prime Minister Narendra Modi for not doing anything for legal fraternity and its deaf ear to the letter of BCI chairman Manan Kumar Mishra dated January 22, 2019.

To press for their demands, BCI organized a nationwide lawyers’ agitation on February 12, 2019, however, pursuant to the failure of Union Law Minister Ravi Shankar Prasad to grant funds for the welfare of advocates and to fulfil other genuine demands made by the BCI a joint meeting is scheduled to be held on March 2, 2019.

Read the press release below.