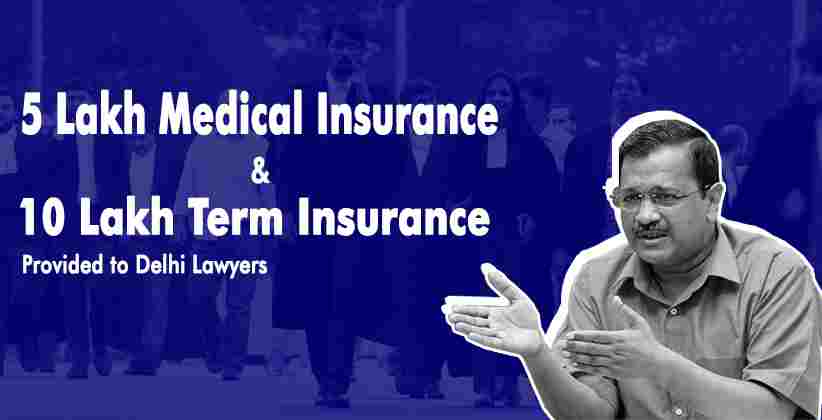 On Friday (October 30, 2020), the Delhi government approved more than ₹40 crores for the provision of medical insurance of ₹5 lakh and term insurance of ₹10 lakh to lawyers who are residents of Delhi.

The lawyers will be insured under the Chief Minister Advocates Welfare Scheme which was announced by the government last year.

Law minister Kailash Gahlot announced this scheme through a tweet saying, "Hon'ble CM Arvind Kejriwal had last year announced CM Adv Welfare Scheme with an allocated budget of ₹ 50 Cr. As a final step towards the implementation of Scheme, Delhi Cabinet on 29.10.20 has approved the expenditure of more than 40.60 Cr for purchase of Life Insurance & MediClaim Policies."

The AAP government had set aside a corpus of ₹50 crores for the welfare of lawyers under the scheme.

Chief Minister Arvind Kejriwal in November had set up a 13-member committee which was headed by the Supreme Court Bar Association president Rakesh Kumar Khanna to recommend ways for utilization of the fund for the welfare of advocates.

The committee had recommended a group mediclaim policy of ₹ 5 lakh and a life insurance cover of ₹ 10 lakh for each lawyer besides setting up e-libraries and creche facilities in district courts through the fund.

According to the Bar Council of Delhi, 37,135 lawyers are registered voters in Delhi and of these 29,098 are on its rolls and have been verified.