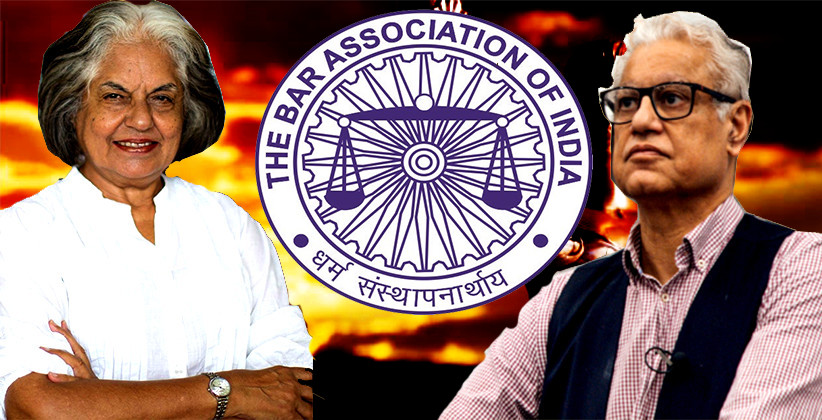 The Bar Association of India on July 15, 2019, has issued a statement condemning the CBI raids on the offices and residences of Senior Advocates Indira Jaising and Anand Grover as 'excessive, disproportionate and unjustified'.

"The BAI condemns the excessive, disproportionate and unjustified action, which amounts to an assault on the independence of lawyers engaged in constitutionally protected activities of advancing human rights and upholding the rule of law," the statement signed by Advocate Prashant Kumar, President-elect said.

The Central Bureau of Investigation (CBI) on July 11, 2019, carried out searches at homes and offices of Senior Advocates in connection with an alleged violation of foreign funding rules for their NGO Lawyers Collective.

The CBI had registered an FIR against Lawyers Collective (LC), its president Anand Grover and unknown office bearers for alleged violation of the Foreign Contribution (Regulation) Act, 2010.

The FIR was registered on a complaint filed by Anil Kumar Dhasmana, an Under Secretary in the Ministry of Home Affairs (MHA), on May 15, 2019, alleging that the NGO diverted foreign contributions received by them for activities not mentioned in the objects of association and that funds were used for personal expenses unrelated to these objects.

In a statement issued on June 18, 2019, the organisation and its Trustees, including founding members Anand Grover and Indira Jaising, expressed shock and outrage at the CBI move. They alleged that the FIR had no basis in fact and in law.

“It has been filed to target the organisation and its office bearers to silence them for the cases and issues that they have taken up in the past and continue to take up since 2016. LC is seeking competent advice and will defend themselves in accordance with law in every forum,” it said.