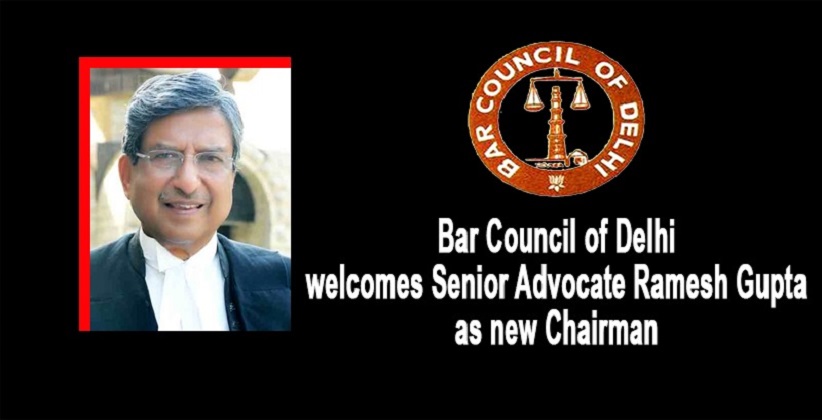 Senior Advocate Ramesh Gupta has been newly elected as the Chairman of the Bar Council of Delhi, the Statutory Body constituted under the Advocates Act, 1961, along with Himal Akhtar and Manoj Kumar Singh who were elected for the post of Vice-Chairman and Chairman of the Executive Committee, respectively.

Elections to the various posts in the Bar Council of Delhi were conducted on September 7,2020, with all the Office bearers being elected unopposed.

Rakesh Kumar Kochar, Sanjeev Nasiar, Rakesh Sherawat, and Vishnu Sharma will hold the post of Co-Chairmen, while the Executive Committee of the Council shall comprise of Jagdev, Sanjeev Nasiar, Rakesh Sherawat, Rajpal Kasana, and Ajayinder Sangwan, with Rajiv Khosla and Jagdev also being elected as part of the Bar Council of India's Advocate Welfare Committee for Delhi.