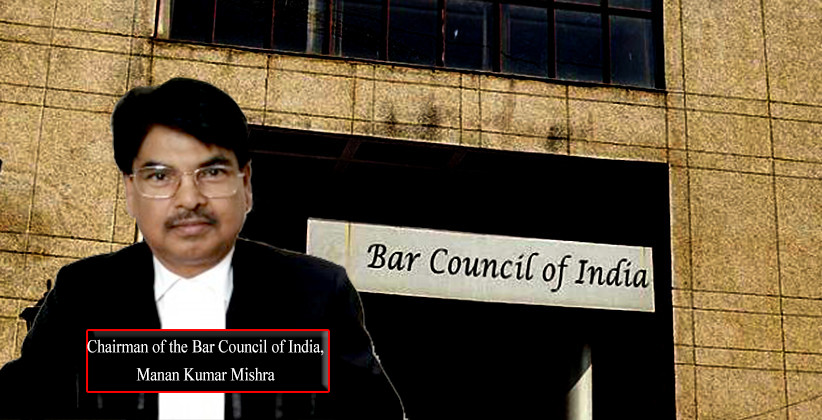 The Bar Council of India (BCI), expressing solidarity with the police and armed forces, today (December 22, 2019) issued a press release appealing the people of India to maintain peace and harmony in the light of recent protests occurring all over the country against the Citizenship Amendment Act, 2019(CAA).

The press release was signed by the Chairman of the Bar Council of India, Manan Kumar Mishra who requested the leaders of the bar and young students to take active steps towards diffusing disturbances and violence in the country. It said that responsible citizens should disapprove any sort of provocative speech given by any political leader.

Additionally, it said that all lawyers, law students and bar associations should take positive action to educate the people and the illiterate and ignorant mass (who are being misled by different political parties for their own gains) so that law and order is maintained in the society. It urged the legal community to convince the common-man to enhance feelings of brotherhood towards all.

The matter with regard to the CAA is under consideration of the Supreme Court of India. Asking denizens to show faith in the Apex Court, the BCI said, “The damage to public or private properties, the attacks on our police personnel or the defence personnel are very serious issues. The legal fraternity and their bodies cannot tolerate any attack on or the humiliation of our forces.”