BCI Chairman Calls Outrage over CJI’s Remarks on Rape Cases, “Hue & Cry” as not all those comments result in Orders 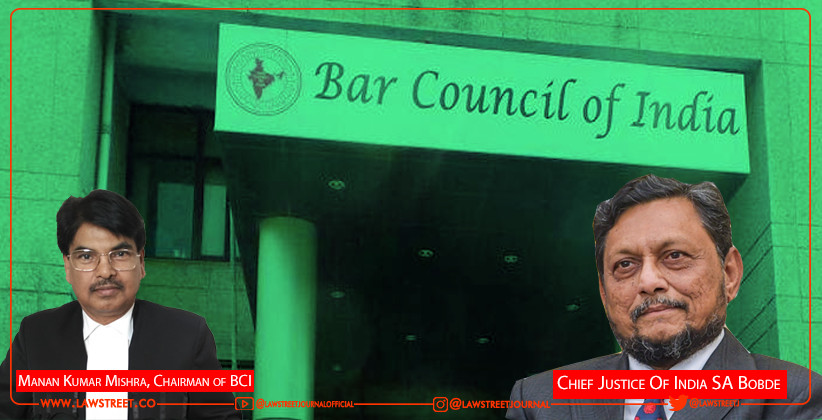 Manan Kumar Mishra, Chairman of the Bar Council of India recently issued a press release on Thursday (March 4, 2021), which read, “It has become a fashion for some motivated people to make personal aspersions against our Judges. If this trend is allowed to continue, the Institution will lose its sanctity.”

This statement was issued pertaining denunciation of remarks of Chief Justice SA Bobde when he asked the accused if he would marry the survivor in a rape case in its anticipatory bail hearing.

In the statement by Mr Mishra, BCI has declared that “every comment of a Supreme Court Judge is being projected in such a manner as if the Judge has committed some offence by making the comment in the Court.”

He called the public condemnation of the statements of Chief Justice as a “direct attack on the independence of judiciary.”

Along with this the Press Statement also stated. “A handful of politicians and some so called social activists are feeling elevated by criticizing and making reckless comments against Judges through Social & Print Media.”

When the statements of the Chief Justice received flak publicly, that included letters from the Chief Minister of Andhra Pradesh, Jagan Mohan Reddy and by Brinda Karat, a politician. BCI felt that these accusations were a “gross contempt of court.” Along with this, its statement also firmly opines that “Freedom of Speech and Expression cannot be stretched to the extent of maligning & weakening the institution.”

The Press Release further said, "Comments made by Judges, not resulting in their orders, have no Legal sanctity, why then to raise a hue and cry on such comments?"

It has been asserted by BCI that some important facts of the case or the background is concealed by the media serving as a background to the court comments, and this is why remarks like these are misunderstood.

Specifically, about the case, BCI went on to narrate how it was about a marriage agreement between the parties, duly signed by the parents of both. Therefore, BCI claimed that this significant fact was not brought to the public knowledge. Following this, it posed a question, “"Therefore, under this backgrounds (of the written agreement), if a Judge has put a query with regard to marriage between the parties, what is wrong, in it?”

It was also stated that the court of law had refused the anticipatory bail of the accused when it got to know that the accused had already married another girl.

The statement further observed, “Before making any reckless comment, the net result of the order of Supreme Court should be appreciated. Unfortunately, some motivated people with a specific agenda are deliberately concealing the net result of this case and even the media has reported it in such a way, as is if the Court has granted some substantial relief to the accused.”

BCI went on to say that “innocent people were being harassed” and “put behind bars” as the laws meant for protection of women were being “flagrantly misused.”

“The way and manner in which some of the media persons start malicious campaign in public, makes it a matter of serious concern." The Release also claimed, “people raising voice against the Chief Justice's remarks in another case concerning sexual assault in a live-in relationship was an attempt at deliberately and purposely trying to mislead innocent people of the country through social media", the BCI avers that the assault could not be rape since "it was a case of live-in relationship".

When the CJI was hearing a plea to quash the FIR in that case, he had asked "When two people are living as husband wife, however brutal the husband is, can the act of sexual intercourse between them be called rape?”

"Please don't try to scandalize the institution, don't take political mileage from court proceedings of the highest Judiciary; the country will not forgive you.” And that, “"India is a vast country, so, the signature move of a few hundred of persons is meaningless and worthless.”