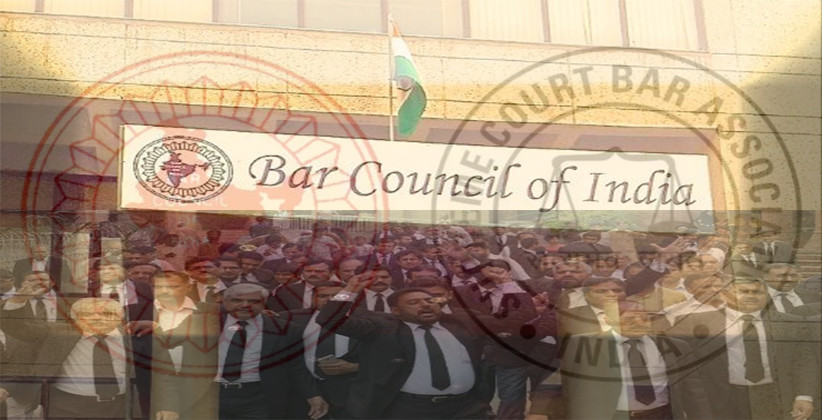 The decision was taken pursuant to the failure of Union Law Minister to grant funds for the welfare of advocates and to fulfil other genuine demands made by the BCI.

Following a nationwide lawyers’ agitation and a demonstration staged by representatives of members of the Delhi Bar and BCI at Jantar Mantar, Delhi a BCI delegation led by BCI ChairmanManan Kumar Mishra meet Union Law Minister Ravi Shankar Prasad to have a detailed discussion over all the demands.

On the point of housing of lawyers, the Law Minister expressed his inability and said that it is the state’s subject. However, the minister assured to talk with Delhi Development Authority for Delhi lawyers in this regard.

Moreover, the minister said in the meeting that a committee of lawyers and officials would be constituted to propose ways in which welfare measures for lawyers may be introduced. But at this moment he cannot grant any corpus fund from the Union Government for the purpose of welfare measures of the lawyers.

To this, the BCI release states that it is “dissatisfied and dismayed on the hollow assurances given by the union government. The Bar was under the impression that after witnessing the Unity and Reaction of about 18 lakhs lawyers of the country, the Government would accept the genuine demands of the lawyers.”

On February 6, 2019, BCI had announced a nationwide lawyers’ agitation on February 12, 2019, over inaction of Prime Minister Narendra Modi for not doing anything for legal fraternity and its deaf ear to the letter of BCI chairman dated January 22, 2019.

The agitation was launched to press the following demands:-

While informing that a meeting involving Bar Council and Bar Association representatives has been scheduled to be held in March, the BCI has cautioned and said that “If, before the issuance of notification of Parliamentary elections, the government does not accept the demands of the Advocates, the lawyers would be constrained to take some strong decision.”