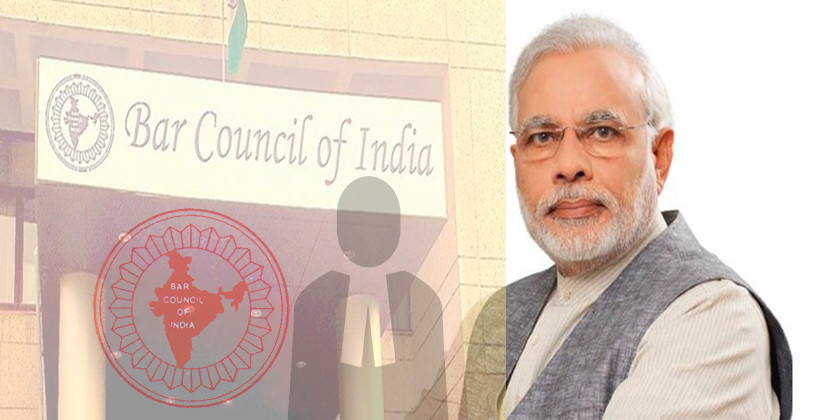 The Bar Council of India (BCI) on January 22, 2019, has written a letter to the Prime Minister Narendra Modi raising 10 demands along with urging to allot an annual budget of Rs 50 crores for the welfare of Advocates in India.

The letter sent by BCI chairman Manan Kumar Mishra has drawn the attention of the Prime Minister to a speech that he had made in 2014 at an event organised by the BCI. In the speech, Modi gave a clear assurance to the lawyers of the country that if he becomes the Prime Minister of the country, he would make budgetary provisions for lawyers, the legal profession and for the welfare of the lawyers.

However, after he became the Prime Minister repeated requests were made to government officials to redress the grievances of the advocates but it yielded no result.

Thus after due deliberation, the BCI has made the instant representation, seeking the implementation of the following demands for the general welfare of advocates, i.e.:

Further, BCI also requested the Prime Minister to make budgetary provision of Rs 50 crore to meet requirements of the advocates and added that the money need not be transferred in the account of the Bar Council of India or the State Bar Councils but could be utilised through a "Trustee Committee" to be headed by Advocate General/s.

The BCI has requested the government to respond to the representation before January 31, 2019, adding that the BCI had decided to organize a massive demonstration at Delhi to highlight these demands. However, the decision was put off to acquaint the Prime Minister with the demands.

The next joint meeting of Bar Councils and Bar Associations is fixed for February 9-10, 2019.