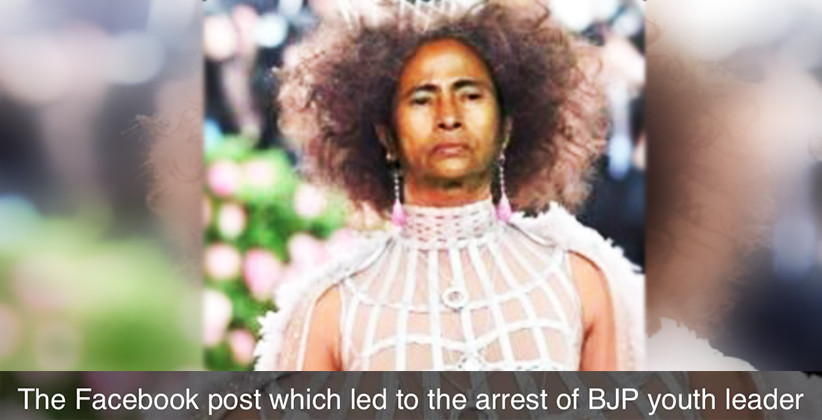 The meme was posted on Thursday evening (09 May 2019) and has gone viral since the news of the arrest broke.

The Bharatiye Janta Yuva Morcha (BYJM) leader was arrested following a complaint by TMC leader Vibhas Hazra who referred to the post as “most awful post” and described the meme as “she cut the face of Mamata Banerjee from any picture and paste it on a picture of some model of something like that (sic)”. Hazra further alleged that by posting such a meme, Sharma had not only insulted Mamata but also the culture of Bengal.

Post Sharma’s arrest, she was produced before a Howrah court on 10 May 2019.