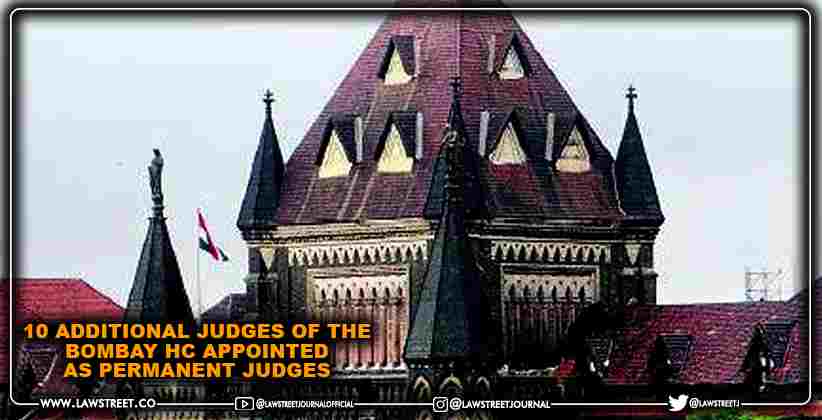 On Thursday (27/05/2021), the central government has appointed 10 Additional Judges of the Bombay High Court as Permanent Judges.

The appointment was confirmed through a notification issued by the Department of Justice, Ministry of Law and Justice, signed by Additional Secretary Rajinder Kashyap.

The newly appointed Justices are:

The notification states that the appointment will be with effect from the date that the Judges assume charge of their respective offices.

In April, the Supreme Court Collegium had recommended the names of the 10 Additional Judges to the central government for appointment as permanent Judges.

The Judges were appointed as Additional Judges back in 2019.

Clause (1) of Article 224 of the Constitution of India allows the President to appoint Additional Judges in High Courts if he thinks that the number of Judges is not adequate to deal with a sudden increase in the business of the High Court or because of arrears of work. The person appointed as Additional Judges must be duly qualified and appointed only for a maximum period of two years.

The notification states that the President appoints the Judges under Clause (1) of Article 217 of the Constitution of India.