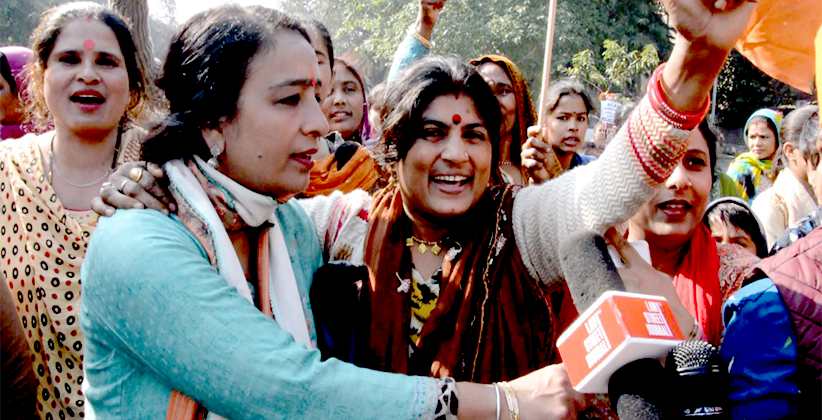 Meera, a Hindu woman from Pakistan, took to the streets to show support for the new Citizenship Amendment Act, 2019 shouting slogans in support of the Prime Minister of India, Narendra Modi today (January 13, 2020) at a rally organized by the members of BJP.

Meera, talking to a reporter of LawStreet Journal said that she has been living in India for the last seven years. Despite being a Hindu in a Hindu-majority country, she hadn’t been able to acquire citizenship in all those years.

A grand-daughter was born in the family of Meera, on the very same day that the CAA was passed. Delighted with the passage of the act, Meera named her grand-daughter “Nagarikta” (a Hindi word meaning citizenship) after the Citizenship Amendment Act of 2019.