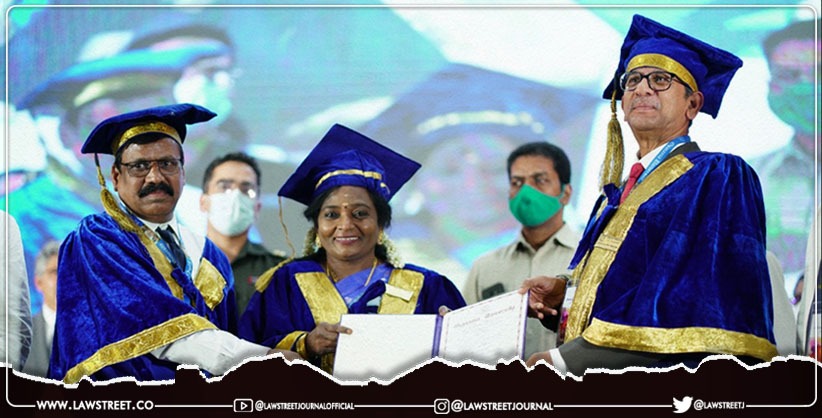 The Chief Justice of India NV Ramana on Friday has been conferred with an honorary doctorate for his attainments and immense contribution in the field of law in the 82nd convocation of Osmania University (OU).

Speaking on the occasion, the CJI said it was high time for all institutions to introduce a subject on the basic ideas of the Indian Constitution and governance, irrespective of the stream of learning.“

The ideas of the Constitution need to be simplified for everyone’s understanding and empowerment,” he added.

“Another aspect that is key to the sustenance of our democracy is honouring our plurality. Instead of fostering the feeling of ‘othering’, our education should lead us where we can nurture diversity,” he said.

Touching on globalisation, the CJI said it’s emerging as a threat to local cultural symbols and identities.

“Social media, television and pop culture glamourise a particular way of life and sadly we are blindly aping the same. Instead of celebrating our distinct heritage and culture, we are allowing our rich identities to be blurred,” he said, adding that the present generation is gradually losing sight of it.

So far, the OU has awarded 47 honorary doctorates including 21 in law, 12 in literature and six in science. NV Ramana received the ‘honoris causa’ i.e. doctorate in law this year.