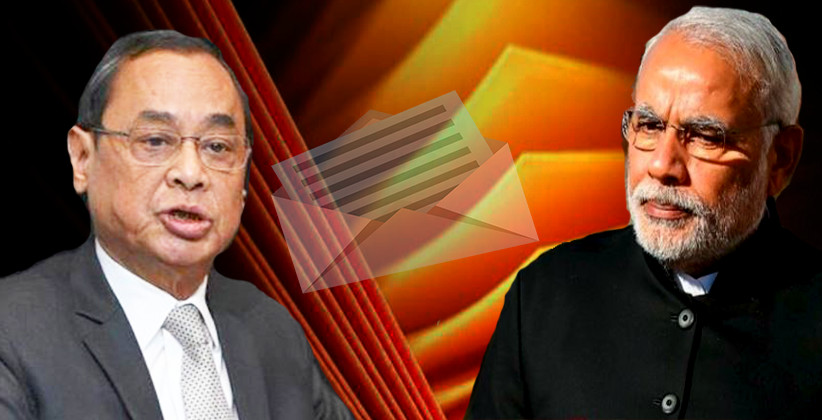 “You are requested to take further action in the matter,” CJI has written to Modi, months after an in-house panel found Justice Shukla, guilty of misconduct.

Based on a complaint filed in September 2017 by UP advocate general Raghvendra Singh alleging malpractices against Shukla, then CJI Dipak Misra had set up an inquiry panel comprising Chief Justices Indira Banerjee, S.K. Agnihotri and P.K. Jaiswal of the Madras, Sikkim and Madhya Pradesh High Courts, respectively, to inquire into alleged favours shown to a medical college in extension of deadline for admission of students in violation of an apex court order.

In January 2018, the committee concluded that there was sufficient substance in the allegations in the complaint against Justice Shukla and that the aberrations were serious enough to call for initiation of proceedings for his removal.

After he refused to do either, Chief Justice Misra asked the Chief Justice of the Allahabad High Court to withdraw judicial work from him with immediate effect, after which he reportedly went on a long leave.

On March 23, Justice Shukla wrote to Chief Justice Gogoi, requesting that he be allowed to discharge judicial work in the High Court.

“As the allegations against Justice Shukla were found by the committee to be so serious as to warrant the initiation of proceedings for his removal, he cannot be allowed to resume judicial work in any High Court. In these circumstances, you are requested to consider further action,” Chief Justice Gogoi wrote to the PM.

A judge of a High Court (and Supreme Court) can only be removed by an order of the President passed after an address by each House of Parliament supported by a majority of the total membership of that House and by a majority of not less than two third of the members of the House present and voting. Such removal can be only on the ground of proved misbehaviour or incapacity.