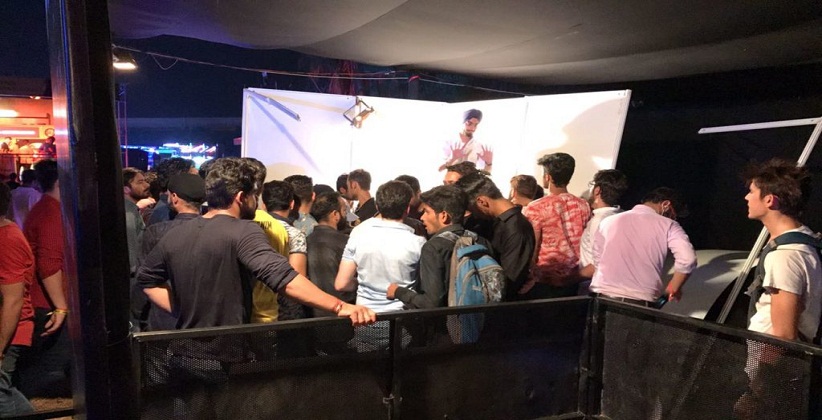 It was Friday night, and the crowd of Delhi-NCR wanted nothing more than to sway with the EDM-pop beats of their favourite band Chainsmokers. But last night, the crowd also saw another face of management. The much-awaited concert started with high notes but ended by damping crowds expectations.

The pricey tickets (going up to 1.5L – 2L) supposedly came with free food and beverages. However, soon after, when the attendees turned to food kiosks, they were disappointed. They were denied of what they were promised. The management claimed that they were out of stock. As disclosed by sources, the food parcel and drinks were allegedly stored for officials and ministers.

The concert was in collaboration with BookMyShow. BMS were responsible to issue credit cards that the buyers needed to shell out extra bucks to buy alcohol and drinks. But even when they went out of stock, they didn’t stop issuing cards. These cards were nonrefundable. When asked for unavailability of drinks they provided with no reasonable answer. An insider disclosed that they received instructions from the management that even if they run out of stock they will not discontinue issuing cards.

This not only agitated the crowd but showed the mismanagement on behalf of the organisers. The dishonestly duped the crowd for their own wrongful gains. However, police tried to manage and control the situation which was rapidly getting out of hand. Our reporters present at the scene covered the whole story and provided a video where the organisers threw water at the audience when asked to provide them water.

This document clearly shows who is responsible for this horribly mismanaged event, which was set out to trick concert-goers and dupe them of their hard-earned money.