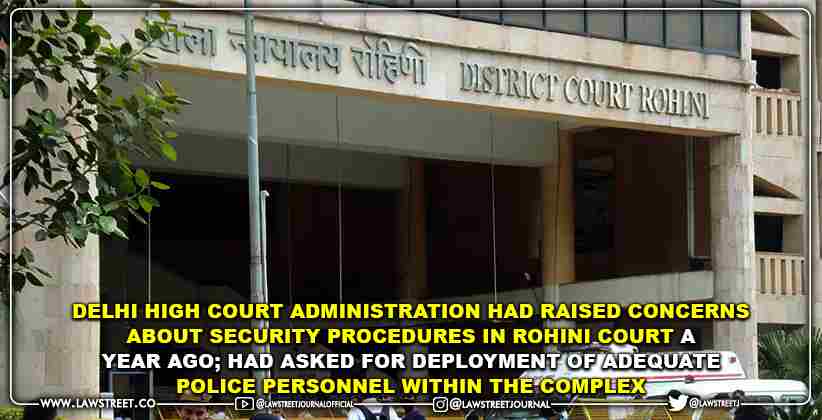 In September, last year the Delhi High Court administration had appraised the Judicial system that it was imperative to deploy police at the Rohini Court complex as there was inadequacy of security.

However, the petition is still pending in the High Court for adjudication.

REASON BEHIND THE FOCUS ON SECURITY

Recently, these loopholes in the security of the Court have come into focus as a result of the shootout which took place in the Rohini Court where a gangster who was jailed Jitendra Maan alias Gogoi was killed by two members of the rival gang. The two assailants had entered the Court pretending to be lawyers, however, they were also killed when the police fired while protecting other people.

The people who had witnessed the incident informed the media that the judge and the Court staff were also present at that time.

CONTENTIONS IN THE PLEA

The plea highlighted the poor infrastructure and security systems due to which it is necessary for certain improvements to be made in the security of the Courts so that Justice could be delivered without any fear.

The petitioner also emphasized that there on the problem of an imbalance in the number of police posted for security compared to the number of visitors in the Court and highlighted that this kind of ratio could be very dangerous for everyone.

The petition also threw some light on the fact that there is no proper code of conduct for the general public who come there to attend the Court proceedings and are allowed to meet these under trials without any procedure. The petition further questioned that why are the authorities not imposing certain regulations for the safety of everyone in the Court.

The petition further illustrated that there are various incidents that have taken place and as a result not only the functioning of the judiciary gets halted but the public also becomes averse to bring their cases in the Court due to which accessing justice becomes difficult for the public.

Furthermore, the petition held that the Delhi Police Rules, 2018 dictates security measures which ought to be implemented, however, these security measures are not practised in the Court during the proceedings.

In order to reiterate the level of danger these lose security systems bring to the Court, the petition also illustrated various instances where the under trial was assassinated by such goons in the Court or in the presence of police personnel.

At the end of the petition, the appellant prayed that the Court should direct the authorities to issue separate passes for visitors and students, as well as increase the number of policemen deployed for the security of the Court.

The Joint Registrar (Management & Co-Ordination Cell(Building Maintenance Committee, District Courts) had filed the affidavit to highlight the need for CCTV cameras in the Rohini Court complex since they are ‘grossly insufficient’, this matter was sent to the Delhi Government, National Capital Territory in order to get Administrative approval and financial sanction. However, the matter has been pending since 25th July 2017 and even after repeated follow-ups no progress has been made.

Furthermore, the affidavit held that out of seven districts in Delhi only Dwarka had a pass system like the High Court while in all the other Courts the consideration for such a system is still pending.

The High Court Administration further held that there is an urgent need to increase the security arrangement in the Rohini District Court.

In regard to the incident, there has been a substantial addition in the police force at the Court complex, and other than that 33 private security personnel and 01 supervisors have been appointed to ensure that such incidents can be prevented in the future.

In regard to the shootings, various petitions have been filed in the High Court and Supreme Court praying the Court to direct the administration to strengthen the security at the Courts.

Chief Justice of India, Justice NV Ramana also expressed deep concerns in regards to the Rohini firing incident and shared it with the Chief Justice of Delhi High Court.

Suo moto case has also been taken by the Supreme Court as a result of the killing of Justice Uttam Anand  of the Jharkhand District.

In response to the queries of the Court in the suo moto case, the Central Government held that it is not possible to have a centralized special force for Court and the local police should be held responsible for the Court’s protection. 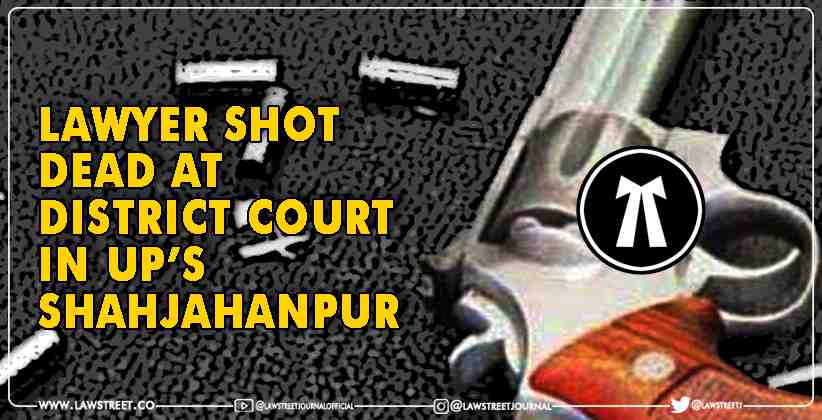