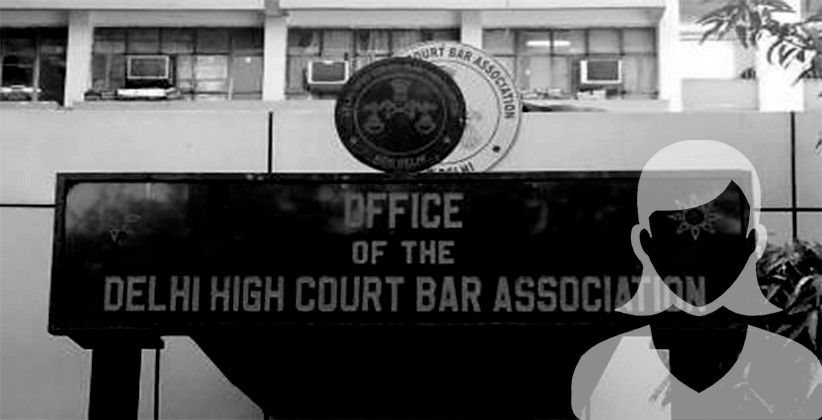 The Delhi High Court Bar Association (DHCBA) has barred Advocate Seema Sapra from entering/using any of the facilities meant for its members, including but not limited to, the Delhi High Court's cafeteria, bar rooms, library, car parking, consultation room, the Executive Centre etc.

A Resolution to this effect was passed unanimously by the Executive Committee of the DHCBA in an emergent meeting held on July 19, 2019.

During the meeting, it was observed that Sapra was a constant source of annoyance and nuisance in the Delhi High Court for quite some time. It was noted that Sapra had been exhibiting strange behaviour and her conduct was unbecoming of an Advocate.

She was also found distributing pamphlets, sending emails leveling unfounded allegations against numerous respected members and Judges of the High Court and the Supreme Court.

It was also stated that Sapra had been threatening the staff in the cafeteria as well as the cleaners in the chamber block and the court complex and preventing them from carrying out their duties.

Several written and oral complaints against her misbehavior were also taken into consideration by the Executive Committee.

Since Sapra was not a member of the DHCBA, it was felt that she was not entitled to use any facilities provided by it.

After extensive deliberations and discussions, the Executive Committee was of the unanimous opinion that immediate remedial measures ought to be taken to prevent Seema Sapra from vitiating the atmosphere of the Delhi High Court and impeding the fundamental rights of the respected members to practice their profession with dignity.

The Committee requested the Chief Justice of the High Court, JusticeD.N. Patel to take note of her misconduct and misbehavior and pass such orders/directions as may be deemed appropriate to prevent the creation of any further nuisance by Sapra.

The Committee also resolved to send the copy of the resolution along with all the relevant documents to the Bar Council of Delhi with a request to take such action against Sapra as may be warranted by law, including action against her for indulging in conduct unbecoming of an advocate.

The ACP, Stationed in the Delhi High Court was also requested to provide adequate number of lady constables to assist the staff of the Bar Association in preventing Sapra from entering the Cafeteria, the Bar Rooms, the library, the consultation room and the car parking areas.