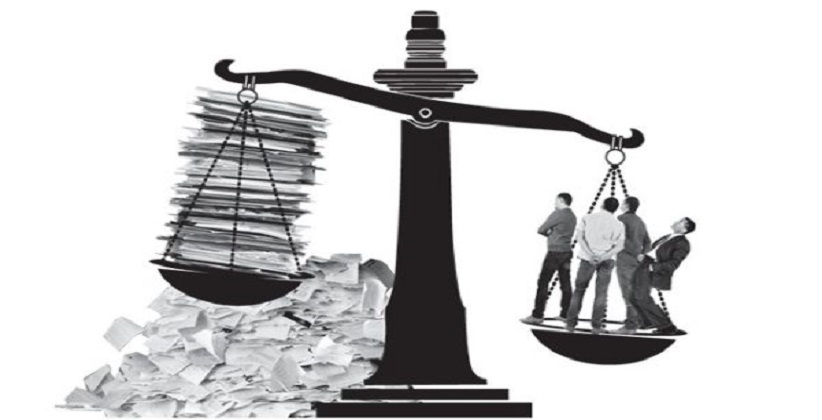 Enough has been said and written about the hopeless state of the Indian Judiciary because of its sluggish manner of appointment of judges. Even the prominent judges, including the former Chief Justice of India - Justice T.S. Thakur, have shown distress over the state of empty courtrooms because of lack of judges. But still, the condition of our judicial system has not picked up even slightly.

The Delhi High Court issued a notification dated December 28, 2017 to invite applications for filling up 50 vacancies in Delhi Judicial Services. Out of the 50vacancies, 32 vacancies are reserved for the SC & ST and 4 are reserved for the physically handicapped candidates, making the general category candidates chase the leftover 18 vacancies. In the recent judgment of the Delhi High Court in the case of All India Equality Forum & Others v. Union of India the court has quashed the CentreÃ¢â‚¬â„¢s office memorandum which extended reservation in promotion to SC and ST staff beyond five years stipulated by the Supreme Court to ensure that the most deserving employee could be promoted to a higher position.

The judgment was considered as a ray of hope against the blind extension of reservation. But the above-mentioned notification dated December 28, 2017 reveals the hypocritical nature of the judicial system with respect to the above-mentioned judgment passed by the Delhi High Court, as instead of applying the same principle and intent here, it has taken a step back by allowing the reservation to take over the judicial system.

The whole selection process of the Delhi Judicial Service Examination has already been handicapped due to its poor evaluation method. Furthermore, the lack of vacancies and the reservation mechanism is making the system cripple with respect to the staggering number of backlog cases.

Taking another case in point, the Himachal Pradesh Public Service Commission in its notification dated December 15, 2017, for filling up the posts of civil judge has announced only 5 existing vacancies, out of which only 3 are unreserved. It is really astonishing that even after such a low judge-population ratio in the state, the High Court has declared only 5 vacancies.