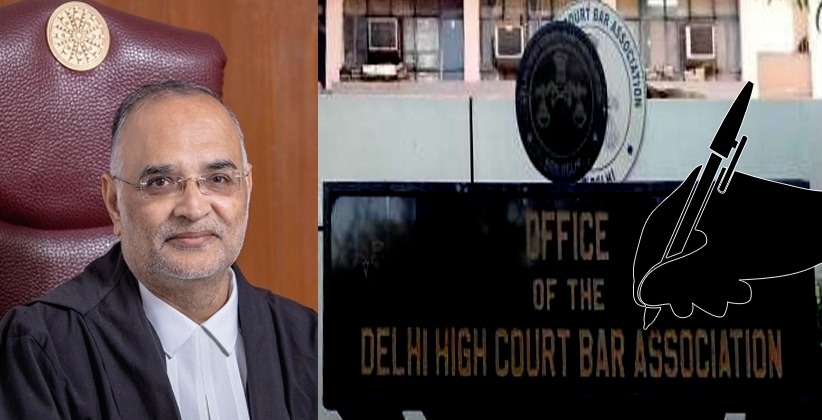 The Delhi High Court Bar Association has written a letter to the Chief Justice of Delhi High Court DhirubhaiNaranbhai Patel seeking resumption of physical court hearings. The letter was signed by the Advocate Abhijat Bal, Secretary of DHCBA. And it states that “since virtually all sectors have gradually opened including the private and government officers, market places and even shopping malls, etc. with strict adherence to social distancing norms and other SOPs, there is an urgent and pressing need to resume physical hearings in the High Court of Delhi which has been suspended for nearly 120 days now.”

Citing recent developments that indicate immense mental and economic pressure on lawyers owing to the continued suspension of physical trials and limitations on proceedings only by video conferencing on urgent matters, the letter argues that the suspension of physical proceedings cannot continue at the expense of the livelihood of the vast majority of lawyers. “The grim psychological and economic impact of the suspension of physical Courts has to be considered and every possible attempt to restore normalcy needs to be made. The same in keeping with the police of the Central and State Government which have by the issuance of the unlock guidelines, provided for a gradual return to normalcy in all sector and courts cannot continue to be the exception at the cost of the livelihood for a vast majority of lawyers.”

In light of this, the Bar Association is hoping to give way to a ‘hybrid system’ in compliance with the un- lockdown guidelines. Subsequently, the letter notes that the restriction of the proceedings of the Court and the judicial system to video conferencing only comes with its ‘inherent limitations’ which have led to a backlog of pending cases and that many sub- judice have been in a state of suspension for 4 months now, thus slowing the efficiency of the system of dispensation of justice. Another facet that needs to be addressed is the Rule of Law, which is effectuated by open- court hearings, the letter states, adding that the virtual system has its limitations, thereby disturbing “this delicate balance on which our Constitution has been drafted.” Outlining facets of lack of resources, spanning from technological advancement for lawyers to high-speed Internet access, DHCBA claimed that virtual hearings not only render hearings useless but often do not give justice to the “art of advocacy.” Other aspects include lack of coordination and cooperation between briefing and arguing counsel and wasting of precious judicial time and the importance of conducting trials, which has several pitfalls through virtual mode.

The letter has further attached an Annexure for additional SOPs which include restrictions of access to Court buildings only for advocates and their Clerks having their cases listed on that specific day/slot, thermal scanners deployment, social distance markings, daily sanitization of court premises, closing of Canteen and main cafeteria initially as well as substantially reducing seating capacity.