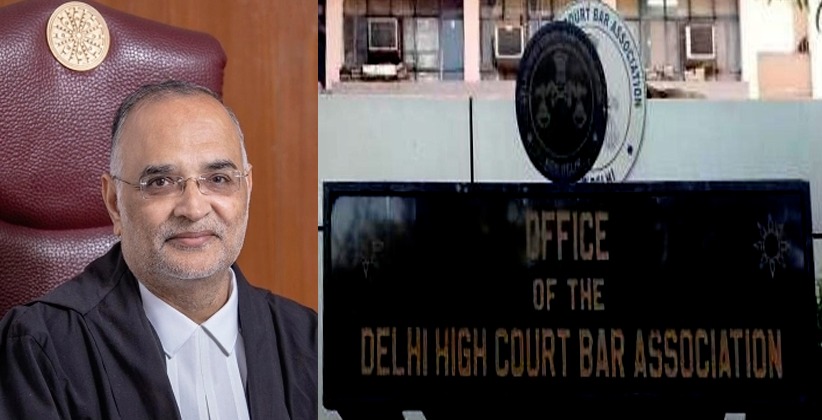 The Delhi High Court Bar Association recently addressed a letter regarding the resumption of physical court hearings to the Chief Justice of the High Court of Delhi.

The letter bears the sign of Advocate Abhijat Bal, Secretary of DHCBA and contends that since "virtually all sectors have gradually opened including the private and government officers, market places and even shopping malls, etc." with social distancing norms, there is "an urgent and pressing need to resume physical hearings in the High Court of Delhi which have been suspended for nearly 720 days now".

Mentioning the gigantic mental and economic burden that lawyers are facing due to the physical courts not being in order and hearings only conducted through Video Conferencing Platforms of urgent matters, the written statement suggests that the suspension of physical hearings cannot be the course of action at the cost of livelihood of many lawyers.

"The grim psychological and economic impact of the suspension of physical Courts has to be considered and every possible attempt to restore normalcy needs to be made. The same is in keeping with the police of the Central and State Government which have by the issuance of the unlock guidelines, provided for a gradual return to normalcy in all sector and courts cannot continue to be the exception at the cost of the livelihood for a vast majority of lawyers"

With regard to this, the Bar Association suggests a "hybrid system" which follows the un-lockdown guidelines.

Furthermore, the letter argues that allowing Court proceedings and the judicial system only through video conferencing brings its’ "inherent limitations" that has led to a high number of pending cases, as well as many subjudice matters, have been in a state of suspension for the period of 4 months now due to the pandemic, "thereby retarding the efficiency of the justice dispensation system".

The letter also mentions that the Rule of Law which is brought about through open-court hearings, which is not possible through the virtual system, which disturbs “this delicate equilibrium on which our Constitution was drafted”.

The letter addresses the point of lack of facilities, for example; technological advancement for lawyers and high-speed internet connectivity, DHCBA argued that virtual hearings not only make hearings futile but also don’t do enough justice to "the art of advocacy". Other factors stated are inclusive of lack of coordination between briefing and arguing counsel and the wastage of precious judicial time and the importance of conducting trials, which has many obstacles through virtual mode.

"Another factor which makes resumption of physical courts imperative is conducting of trials. Several jurists have gone on record to say that holding of trials through video conferencing would have several pitfalls and could be a tool for misuse in the hands of unscrupulous litigants. The whole purpose of cross-examination would be defeated... "

Hence, arguing for resumption in a phased manner, the DHCBA has mentioned suggestions (although not exhaustive) that the Chief Justice may ponder upon:

The DHCBA also mentions in the letter that it "assures its co-operation in circulating the same through email and SMS as also on the social media".

The letter also has an Annexure which talks of more standards of procedures that are inclusive of “restrictions of entry to Court buildings only for advocates and their Clerks having their cases listed on that particular day/slot, thermal scanners deployment, social distance markings, regular sanitization of court premises, closure of Canteen and main cafeteria initially as well as substantially reducing seating capacity.”