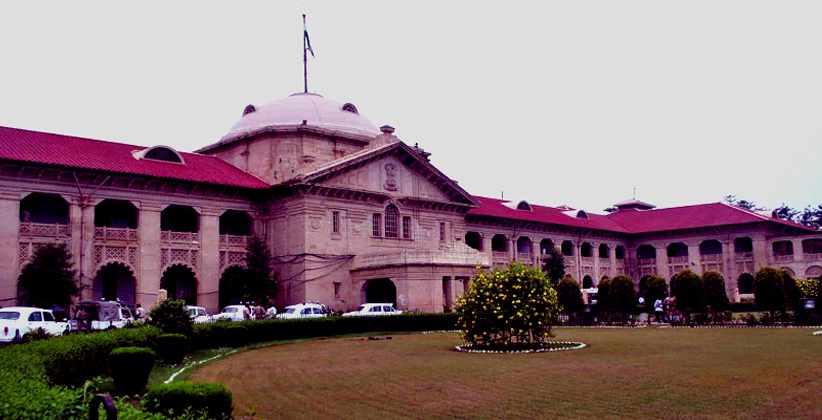 Dhananjai Rai, Advocate had penned a letter to the Chief Justice of Allahabad High Court on June 07, 2020, highlighting the anomalies created by the State Offices at the High Court, Allahabad by not receiving advance notices through Email of Fresh petitions/applications filed through E-Mode.

He wrote that when E-filling procedure has been adopted and being promoted at every level of the country, the offices of Chief Standing Counsel and Government Advocate, High Court Allahabad have passed the order insisting upon receiving advance notice of the petition by manually handing over the copies of the petitions at those offices and not accepting the notices through electronic mode and these were in gross derogation of the direction issued by the High Court vide order on April 11, 2020.

Clause 8 of the order April 11, 2020, had specifically provided that where any advance notice of the petition is to be given it shall be Emailed to the concerned authority on the Email address specified therein. Taking notice of clause 8, the Joint Registrar (J) (Computer) had issued a complete list of details depicting the name, Email and contact details of advocates whom advance notices shall be served before filling of the application/ writ petition either on the civil side or on the criminal side.

He also wrote that during the period of COVID-19 when everyone is being encouraged not to move out from their house and as much as possible social distancing is advised to be promoted, it was in-comprehendible how the office of the Learned Government Advocate and the Chief Standing Counsel were not adhering to the guidelines.

He also drew the attention of the Chief Justice to the Chapter XII Rule 10 Sub Clause (c) of High Court Rules which specifically provides that the manner and mode of service have to be decided by the Registrar General of the court and all parties concerned are bound to follow it and wrote that the action of the State officers was in gross contravention of it.

He further wrote that the action of the State offices would frustrate the entire purpose of E-Filing and will render it meaningless as whenever a clerk or counsel would go to serve a notice physically at the state office then he would be vulnerable and open to the danger of being infected.

Advocate has urged the Chief Justice to take note of it and direct them to restore the facility of receiving notices by email as has been directed by the High Court.