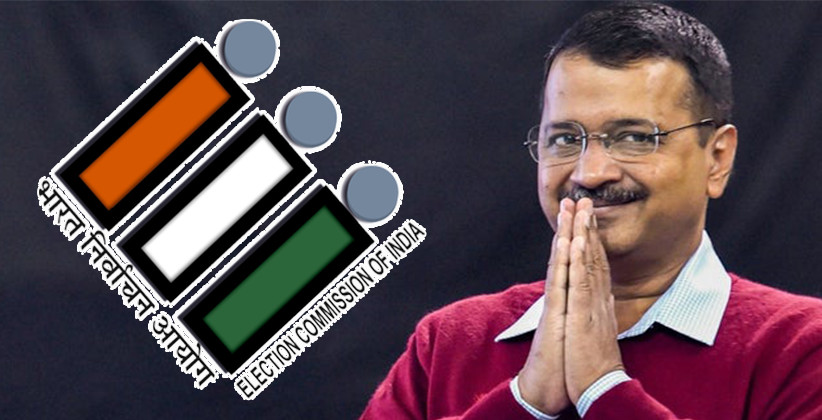 On 6 February, 2020, the Election Commission (EC) issued a show cause notice to Delhi Chief Minister Arvind Kejriwal for uploading "Hind-Muslim" video to attack the opposition on his Twitter handle.

Section 125 of the Representation of the People's Act,1951 prevents candidates and political parties from promoting enmity through community, religion, race, caste, language and provides for a maximum of three years in prison for those found guilty.

EC highlighted a clause in Part-I of the Model Code of Conduct (MCC) which says that criticism of other political parties shall be limited to their policies and programmes, past record and work. Parties and candidates shall refrain from criticizing all aspects of private life, not related to the public activities of leaders or workers of other parties.

EC added, "By uploading the video you have violated the above said provisions of Model Code of Conduct and Representation of the People Act, 1951. Now, therefore, the Commission gives you an opportunity to explain your position on or before 5.00 P.M of 08th February, 2020(Saturday), failing which the Commission shall take a decision without any further reference to you."

The Commission said it believes that the video tweeted by Arvind Kejriwal has the "potential of disturbing communal harmony and aggravate the existing differences between social and religious communities".

The video allegedly shows that other parties and media are allegedly talking about "Hindus-Muslims," "Citizenship Amendment Act (CAA)" and "mandir-masjid (temple-mosque)," but Kejriwal has been talking about development, schools and women's safety.

The EC stated in its statement that it had received a complaint dated 4 February,2020, from the Bharatiya Janata Party (BJP) alleging that Kejriwal had uploaded a video to his twitter account at 9.55 p.m. on 3 February, 2020, to obtain votes by aggravating existing differences / creating mutual hatred / provoking tension between religious communities in violation of the poll code.

This is the second notice sent by the Election Commission to Arvind Kejriwal in the last 10 days. On 30 January, 2020, the EC warned him that it had promised to set up mohalla clinics inside a court complex in Delhi while addressing a gathering of lawyers.

Kejriwal is the latest high-profile leader to join the list of those who have been asked to explain their conduct to the Election Commission.

Uttar Pradesh Chief Minister Yogi Adityanath, Union Minister Anurag Thakur, MP Parvesh Verma and Kapil Mishra are some of the BJP leaders who have found themselves in the line of fire from the polling station.

Yogi Adityanath was asked to explain his remarks that Arvind Kejriwal used to feed Biryani to alleged anti-nationals, such as those protesting against the CAA in Shaheen Bagh, Delhi. He was asked to submit his reply by 5 p.m. on 7 February, 2020.

The Election Commission also notified AAP leader Sanjay Singh on Thursday that he had allegedly "made distorted and unverified allegations against the BJP in an interview with Asian News International (ANI)."

"The Commission received a complaint from the BJP alleging that you (Singh) had made distorted and unverified allegations against the BJP in an interview with ANI," he said.