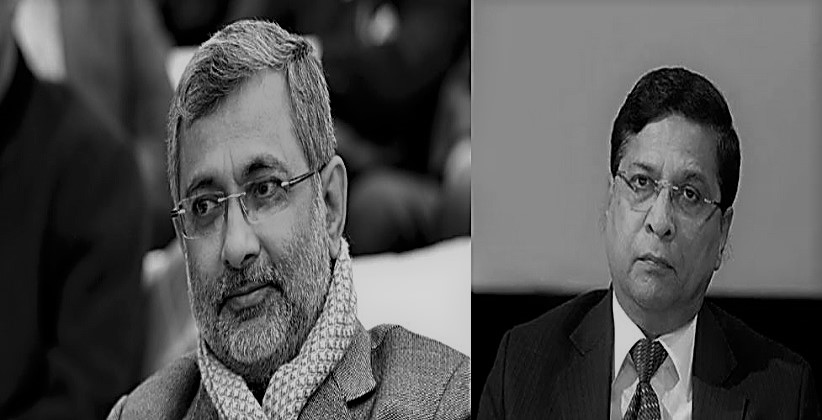 In an explosive revelation, former Supreme Court judge Kurian Joseph on December 3, 2018, has said that ex-Chief Justice Dipak Misra was "remote-controlled by an external source,” which he said impacted the administration of justice.

However, the former judge refused to elaborate as to who the “external source” was and the cases where there was bias.

Joseph said that things started changing for good during the remaining part of Justice Misra’s tenure as CJI after the historic press conference that was held on January 12, 2018, by four senior most judges of the apex court to flag their concerns about preferential allocation of sensitive cases to judges low down on the top court's hierarchy. Joseph was among the four judges, apart from Justices J. Chelameswar, who has since retired, Ranjan Gogoi, the current Chief Justice and Madan Lokur.

On the basis of the remarks made by Joseph, the Congress said that it proves the allegations against the government of interference in the highest levels of judiciary. Congress spokesperson Abhishek Manu Singhvi demanded separate parliamentary and judicial inquiries into the matter.

Pressed again on whether the alleged influence was exerted by some political party or the government in any particular case, Joseph said the judges were only of the view that there was some bias by the judge concerned. A former CJI, who did not want to be named, said the statements made by Joseph does not incarcerate the entire institution.

Throwing more light on the press conference, Joseph said the four judges had conveyed to Misra about the alleged influence of external sources on him, adding they had also flagged the issue of some cases being adjudicated with a perception of bias. “Certainly, whatever the facts were with us at that time, we had conveyed it to the then CJI,” he said.

Joseph further revealed that the former CJI wasn’t taking decisions independently. “We are sure that the Chief Justice was not taking decisions on his own,” he said.
When asked about the Judge B H Loya case, Joseph said he cannot comment on it and that this chapter is now closed.