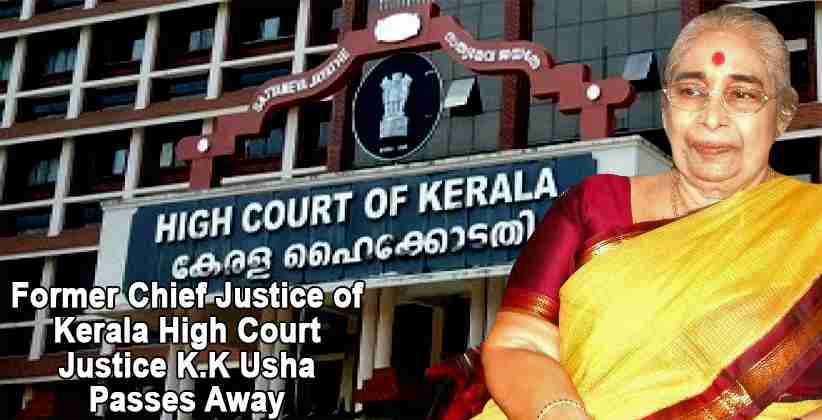 Former Chief Justice KK Usha breathed her last yesterday (October 5, 2020) in Kochi at the age of 81. She had enrolled as an advocate in 1961 and was appointed as a government pleader in 1979. Before becoming Chief Justice of the Kerala High court in 2000, she served the High Court as a judge for nine long years.

Post-retirement, she headed the Customs, Excise and Service Tax Appellate Tribunal in Delhi for three years. In 2005, she headed an inquiry commission of the Indian People’s Tribunal, which probed the communal situation in Odisha.

She was also a member of the Indian People’s Tribunal that looked into human rights issues in Manipur. The tribunal had recommended revoking the AFSPA in Manipur.

Expressing his condolences, Chief Minister Pinarayi Vijayan said that Justice Usha had made notable interventions in women’s issues with a woman’s perspective. She enrolled in a legal profession at a time when there were few women in that arena, and contributed immensely to the judiciary, he said.