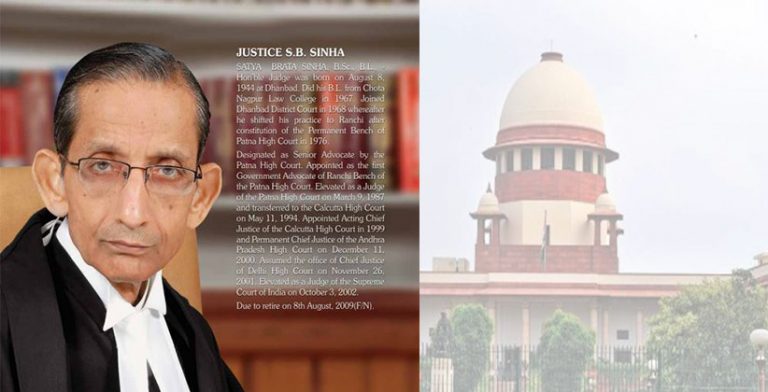 After getting elevated to the Supreme Court on October 3, 2002, Justice S.B. Sinha served as a Judge of the top court till 2009. Later he was appointed as Chairperson of Telecom Disputes Settlement Appellate Tribunal (TDSAT).

He was born on 8 August 1944 at Dhanbad. He received his Bachelor of Laws Degree from Chota Nagpur Law College in 1967. Thereafter, he joined the Dhanbad District Court in 1968, and later on shifted his practice to Ranchi upon constitution of the Permanent Bench of the Patna High Court in 1976.