Home Legal Insiders 'If a Lawyer is touched, it will be the Judge who will be pained most': Judge Pasha Tells Protesting Lawyers
Legal Insiders

'If a Lawyer is touched, it will be the Judge who will be pained most': Judge Pasha Tells Protesting Lawyers 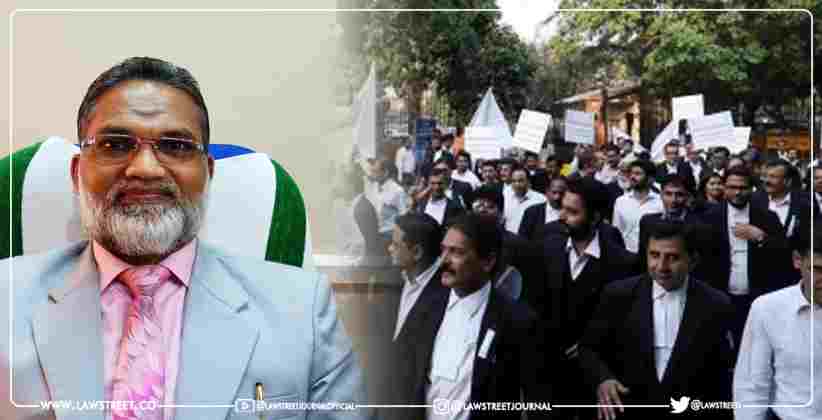 The Principal District and Sessions Judge B. Kalam Pasha, while speaking in reference to lawyer’s protests over the incident at Moyan LP School reminded the lawyers about the criminality of their recent behaviour in the Court compound in connection with an incident in which the police had stopped a Mohiniyattom performance by Dr. Neena Prasad allegedly at the direction of Justice Pasha.

On 20th March Dr. Neena Prasad, in her Facebook post had claimed that Justice Pasha stopped her show midway at the Government Moyan LP School in Palakkad. Her claims ignited a series of protests by different organisations, including the All India Lawyers Union. The lawyers staged a protest in the Court compound by singing and slogans were raised against the Judge.

He had written to the President of the Palakkad Bar Association pointing out the illegality of disrupting the functioning of the court by taking out a protest in the court compound. He also made it clear that it was a Dy. SP who caused the problem by “acting in excess”. Justice Pasha mentioned in his letter that his personal security officer had only asked to reduce the sound volume, and not to stop the programme.

“It was contempt of court,” said the Judge B. Kalam Pasha while addressing the inaugural session of a legal and academic training programme organised by the Bar Council of Kerala Junior Lawyers Welfare Committee here on Saturday.  Referring to the lawyer’s action he said, “The lawyers should be aware of the existing laws. Then only you can go for new laws.”

“I found that even the office-bearers of the Bar Association were not aware of the fact that shouting slogans (in the court compound) will amount to contempt," said Judge Pasha.

He also said that if taken up, the Collector and District Police Chief would have to personally remove the Advocates from the court compound.

Justice Pasha asked while quoting Valmiki’s verses, “If a lawyer is touched, it will be the judge who will be pained most. If you are shooting down justice, how can you preserve the majesty of law?”

Justice Pasha appreciated the behaviour of the lawyers of Palakkad in the court. He told the lawyers, “You are excellent inside the court. But you must remember that even if you go out of the court, you are still a lawyer…. A lawyer’s reputation is my reputation,” and also asked them to always behave in a dignified manner.