Home Legal Insiders India’s 1st ‘Hindu Court’ Set up by ABHM is an Attempt to Breach the Rule of Law.
Legal Insiders

India’s 1st ‘Hindu Court’ Set up by ABHM is an Attempt to Breach the Rule of Law. 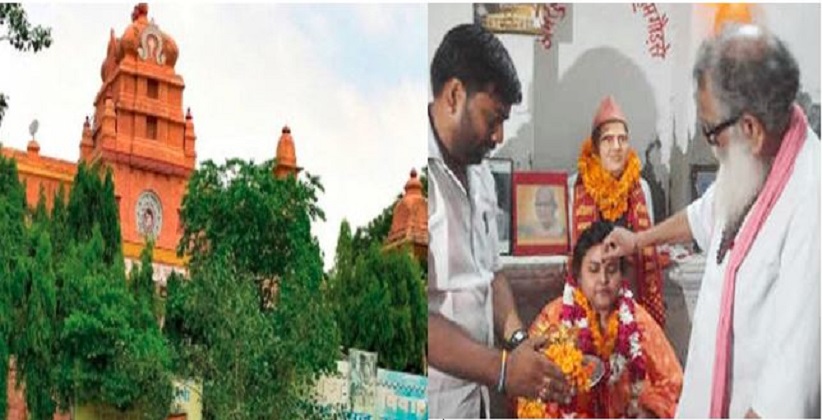 On Wednesday, August 15th, 2018 on the Independence Day, members of the Akhil Bharatiya Hindu Mahasabha (ABHM) have announced to set up the country’s first “Hindu Court” on the lines of Sharia Courts.

The aim was to make decisions exclusively on Hindu affairs which will resolve issues/disputes. The court has also got its first judge in a ceremony which was held at the party office.

National Vice President of Akhil Bharatiya Hindu Mahasabha, Pandit Ashok Sharma said “we had challenged the establishment of Shariat Courts a few days ago and asked that they should not exist at all because there should be one constitution for all. We had even asked the government in a letter that we sent demanding this, that if our demands are not met, we will set up a similar court for Hindus. Since no action was taken in our favour, we set up the first Hindu Court here on Wednesday.”

National Secretary, Akhil Bharatiya Hindu Mahasabha, Pooja Shakun Pandey who has been appointed as the first judge of the Hindu Court said that “we will deal with matters related to Hindus only and the issues will range from harassment of Hindu women, Hindu marriages, disputes of property or money, and many others. When the BJP came to power in the centre and the state, we had high hopes from them but since they have started playing divide and rule among Hindus on the basis of caste, Hindu court is a way to bring them together. We will have proper jails and our maximum punishment will be death.”

As per the announcement, the court shall consist of five judges who will be appointed in different parts of the country on November 15th, 2018 and the bylaws of the court which is planned by the party members will be declared by October 2nd, 2018.

The attempt to establish a Hindu Court in the country by the Akhil Bharatiya Hindu Mahasabha allegedly breaches the Rule of Law and undermines the judicial system of the country as the political party has no authority to establish a court.

The Courts in India are established under the mandate of the Constitution of India which is a rulebook to govern the entire land and is applicable to everyone irrespective of their religion.

The act of establishing a Hindu Court also raises questions as to, on what authority the court will summon the opposite parties and witnesses and how will its orders be implemented without a police force if somebody is to breach its orders. Without a proper framework and sanction behind the orders, the purpose of the court is completely dissolved.

Hence, establishing a private parallel judicial system by formulating a separate Hindu Court is not permitted by law. Necessary action should be taken against the members of the political parties who tried to take law into their own hands by assuming the position above the Constitution of India.

Man held in Delhi for sneaking into NCC squadron wearing an army uniform.