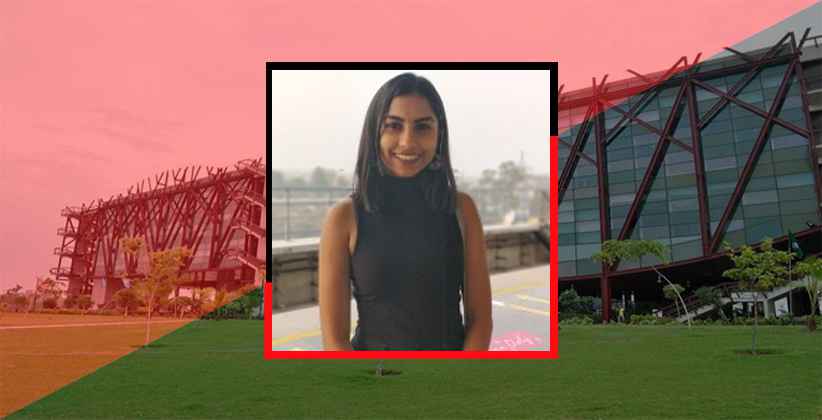 A B.B.A. LL.B (Hons.) student from Jindal Global Law University, Samrita Shankar, has, in an e-mail to the Vice-Chancellor, highlighted that both her parents had “equally contributed” to her education and both of their names should be mentioned in the provisional degree issued to her.

Samrita, in an email to the VC, wrote, “They have always been supportive of all educational and co-curricular endeavors that have contributed to a joyous and enriching college experience. Hence, they are both equally deserving of seeing their names on their daughter’s Official Degree, Provisional Degree, and other related documents.”

Samrita is from the graduating batch of 2020. She received her provisional degree on 10 July 2020, wherein only her father’s name was mentioned, as is the common practice in India. The certificate read, “This is to certify that Samrita Shankar, the ward of Shankar Narsimhan…”

Samrita first wrote to the examinations officer to include both her parent’s names but was told that it is not possible as it goes against the practice followed by the university. Then she wrote an e-mail to the VC thereof, mentioning her grief and highlighting the discriminatory and archaic practice.

The move seems to fix the dent in our education system where only the father’s name is mentioned in all degrees and other documents.

“When I first received my provisional degree, I noticed something odd in it; it included only my father’s name and not both my parent’s names. Considering that this was a special milestone in my academic life, I wanted to see both my parent’s names because they have been equal contributors in the successful completion of my law degree. Upon doing research on this, I found out that this was a practice adopted by most universities in India. It is easy to look over such rules and practices as harmless, but they may actually have a huge impact on how gender equality is perceived in society. In the war against gender inequality, fighting the smaller battles is as important as fighting the bigger ones,” said Samrita.

She also put forward a proposal that in cases where a student’s parents are divorced, or going to be divorced, or are undergoing a judicial separation, or are separated otherwise, the student must be provided with the choice of selecting whose names, either mother’s or father’s or both of theirs, to be included in her/her university documents. She said, “This choice will be beneficial to students who have single mothers and find it difficult to get their degree certificates without their father’s name.”

“In today’s world, mothers are equally working hard and contributing (financially and otherwise) towards their child’s development and education. Therefore, continuing with and anachronistic practice such as only including the father’s name is educational procedures and certificates is not only a step back in achieving gender equality, but also disrespectful to single/ unwed/ divorced mothers and their children,”  she added.

She also pointed out the directive issued by the University Grants Commission in 1998, wherein, it had directed all universities and affiliated colleges to mention the student’s name, surname, the father’s name, and mother’s name in all academic testimonials.

The VC responded to Shankar’s e-mail in half an hour and thanked her for highlighting the issue. In his response, the Vice-Chancellor said, “Yes, Samrita, you are absolutely right and we have already changed this practice. I have told the Controller’s office to correct this grave error and ensure that we reissue a revised provisional certificate immediately. Thank you for bringing this to our notice, a problem that we decided to address in the last few days.”

“I am extremely thankful to my university administration for immediately implementing these changes. I hope other universities also take note of this and bring about the necessary changes in all academic procedures,” said Shankar. She got her revised certificate on 15 July 2020.