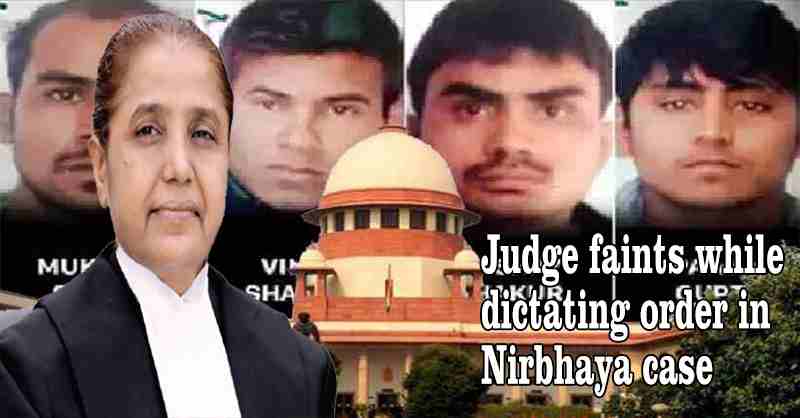 Justice R. Banumathi of the Supreme Court of India fainted today on the 14th February, 2020 while dictating the order on Centre's Plea for separate hanging of convicts in the Nirbhaya rape and murder case in today's afternoon hearing. The judge had to be carried back into the chamber wherein she regained consciousness after having blacked out for a few seconds. She has been taken away on a wheel chair for further medical treatment.

The bench of Judges includes Justice Ashok Bhushan and A S Bopanna along with Justice Banumathi. They have contented that there is no ground for Judicial review of the rejection of mercy petition made out by Sharma. All the material evidences had been placed before the President who gave out the decision after applying his mind. The top court minutes earlier have rejected the contention that Sharma is mentally ill and said his medical reports suggested otherwise and concluded him stable.

The three judge bench during the hearing had said that it had to wait for the trial court order till 17th February, 2020 (Monday) and said that there is no impediment for the lower court to issue a fresh warrant. "Why not wait till Monday to see what the trial court does. As of now, there is nothing pending by any convict in any court,” the apex court said.

The trial court as on January 31st, 2020 had stayed "till further orders" the execution of four convicts in the case who are currently lodged in Tihar Jail.