Home Legal Insiders 'If He Has Said Something Silly, We Will Ignore it': Justice Chandrachud On Plea for Contempt Against Suresh Chavhanake For His Tweets
Legal Insiders 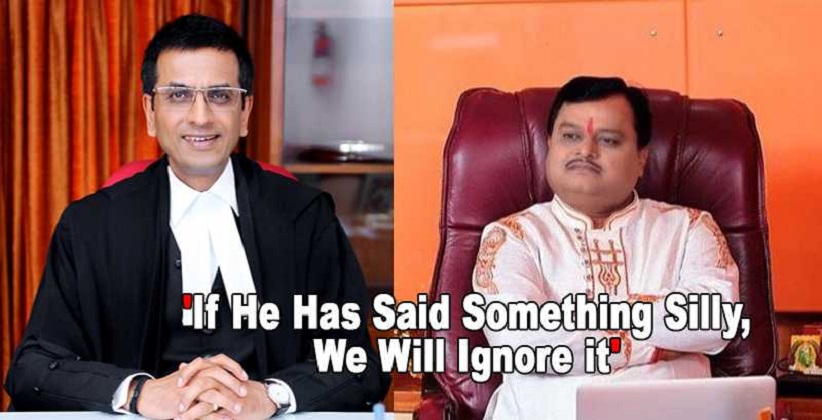 On Thursday (September 17, 2020), Justice D Y Chandrachud of the Supreme Court refused to accept a plea for taking suo moto contempt action against Mr. Suresh Chavhanake, Editor-in-Chief of the Sudarshan TV, for his tweets after the court passed the order to stop the telecast of his show 'Bindas Bol'.

Senior Advocate Anup Chaudhari, appearing for the petitioner Firoz Iqbal, submitted that he has file a petition for starting suo moto criminal contempt action against Chavhanake as his tweets in response to the court order was 'contemptuous'.

In response to this Justice Chandrachud, smilingly said: "Mr. Chaudhari, if he (Chavhanake) has said something silly we will ignore it".

till tomorrow at 12 PM, subject to the administrative orders of the Chief Justice of India allowing the constitution of the bench tomorrow.

Senior Advocate Shyam Divan submitted that the channel has filed its counter affidavit and requested for early consideration of the Matter as the telecast has stayed.

On September 15, the top court had stopped the telecast of the remaining episodes of the show after prima facie observing that the 'object, intent and the purpose of the show was to defame the Muslim community'.

A bench headed by Justice D Y Chandrachud remarked that there was an "insidious attempt to malign a community" and stated that a constitutional court cannot allow the Vilification of any community in a pluralistic society. The bench was hearing a petition filed against the telecast of the show hosted by the channel's chief editor Mr. Suresh Chavhanake on the ground that it was communalizing the entry of Muslims into UPSC.

The channel in its counter-affidavit claimed that it was doing " Investigative journalism" into oversees funding for Muslim training center from sources having a link with terror groups.