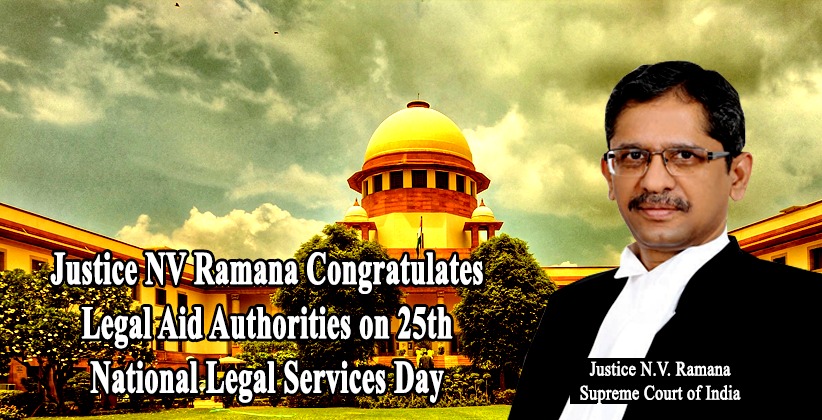 “Today is a historic day in the legal aid movement of India. This year marks the completion of 25 years since the establishment of the National Legal Services Authority. With the help of all of you, with innovative ideas, we attempted to overcome these problems. We could not have been successful in our endeavor without the wholehearted contribution of all the dedicated individuals who turn the constitutional vision of access to justice, into a reality.” The Legal Services Act, 1987 embodies women, children, SCs &STS, and persons with disabilities with free legal aid, irrespective of their income. This besides other categories of eligible persons including victims of natural & manmade disasters, victims of human trafficking, industrial workmen, and anybody with an annual income as prescribed by the Central and State Governments.

The vision behind it is creating a justice delivery system that is accessible to the weak and marginalized sections is reflective in its various programs ranging from the victim compensation schemes, Lok Adalats, Legal Services Clinics, and Social Justice Litigations.  These efforts are constantly evolving and adapting as per the current needs, exemplified best by the introduction of E-Lok Adalats during the ongoing pandemic.  On the occasion of the 25th anniversary of Legal Services Day, various programs were organized across the countries by SLSAs and DLSAs under the aegis of NALSA. These programs were primarily targeted at making people aware of the availability of free legal services and other functions of Legal Services Authorities.  Legal Awareness camps were also conducted in Haryana and there were celebrations in prisons to make inmates aware of their legal rights.