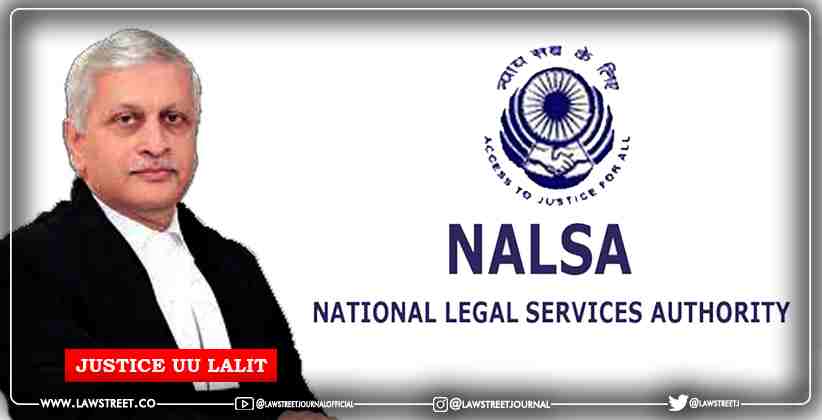 He further added, “Such boards/posters are the first step in the direction to ensure that no accused remains unrepresented during any stage of the criminal investigation and the trial, so that every opportunity is afforded to a person to defend himself.”

Justice Lalit was invited as the Chief Guest to an event organised by the Haryana Legal Services Authority (HLSA) under the aegis of NALSA. During the event, he inaugurated a Year Long Campaign – “Quality of Legal Services is Key to Access to Justice for All” and released an informative video on Juvenile Justice (Care and Protection) Act, 2015; an animated video on right to free legal aid and various posters containing information about the availability of free legal aid services. He also inaugurated Video Conferencing facilities set up at 22 District Legal Services Authorities (DLSAs) and the Kids Zones established at 18 DLSAs of the State of Haryana.

While inaugurating the programs, Justice Lalit observed that the ongoing pandemic has taught us to innovate and improvise, and stated how the virtual platforms are correct measures if launching programs amidst these challenging times.

Justice Lalit recalled during his interactions with Chairpersons of High Court Legal Services Committee, the idea to strengthen the framework of early access to justice at pre-arrest and arrest stage was deliberated upon and three key takeaways emerged out: