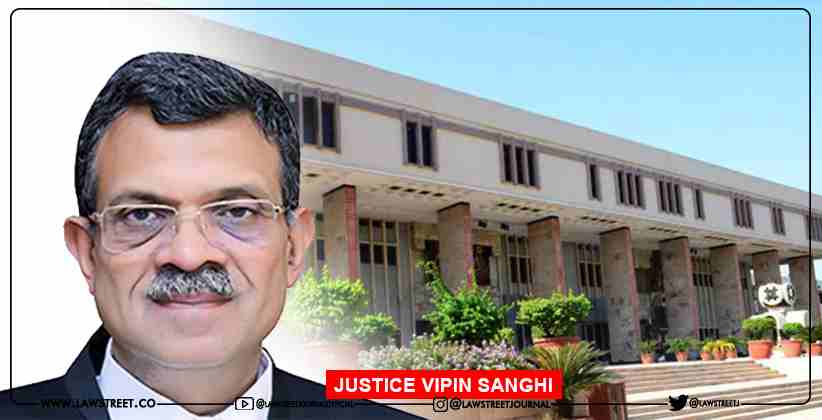 The president has appointed Justice Vipin Sanghi, senior-most Judge of Delhi High Court as Acting Chief Justice with effect from March 13, 2022 consequent upon the retirement of Chief Justice DN Patel.

The notification issued in this regard reads as:

Justice Sanghvi initially worked in the office of Senior Advocate Mukul Rohatgi. He was appointed as a central Government Panel Advocate and functioned as such during the year 1990-1991.

He was also appointed as Central Government Panel Lawyer in the Supreme Court of India. Justice Sanghi was designated as Senior Advocate by the Delhi High Court in December, 2005. He was appointed as Additional Judge of the High Court of Delhi with effect from May 29, 2006 and was confirmed as a Judge on 11 February, 2008.

Justice Subramonium Prasad recently stated that “This Court (Delhi High Court) is pained to note that in matrimonial cases, there is an increasing tendency of filing such (rape) complaints for an offence under Section 376 IPC against the father-in-law or any other male member of the family of the husband just to exert pressure on the family of the husband”

The plea was filed for quashing of the FIR on the ground that the parties had amicably settled their disputes by way of a settlement agreement before the Delhi High Court Mediation and Conciliation Centre.

The court said that “Even though there was an allegation of rape against the father-in-law of the complainant, this Court is of the opinion that no useful purpose would be served in continuing with the present proceedings”.

It was also stated that under the settlement agreement, the husband had agreed to pay a sum of Rs. 65,00,000/- to the complainant wife towards the full and final settlement of all her claims, including stridhan, dowry articles and maintenance.

“The Complainant states that she has received the entire amount as per the settlement and has settled all her matrimonial disputes with the petitioners out of her own free will, without pressure, coercion or undue influence and states that she does not want to pursue the present case any further and requests that the present FIR and the proceedings emanating therefrom may be quashed. The parties undertake that they will remain bound by the terms of the Settlement arrived at between them before the Family Court and the proceedings recorded before this Court” the order stated.

The court further stated that “This Court is exercising its jurisdiction under Section 482 Cr.PC. to quash the instant FIR in view of the settlement arrived at between the parties and in view of the fact that matrimonial disputes have been settled before the Delhi High Court Mediation and Conciliation Centre and the marriage stands dissolved.” The Court said.

The plea was accordingly disposed of.