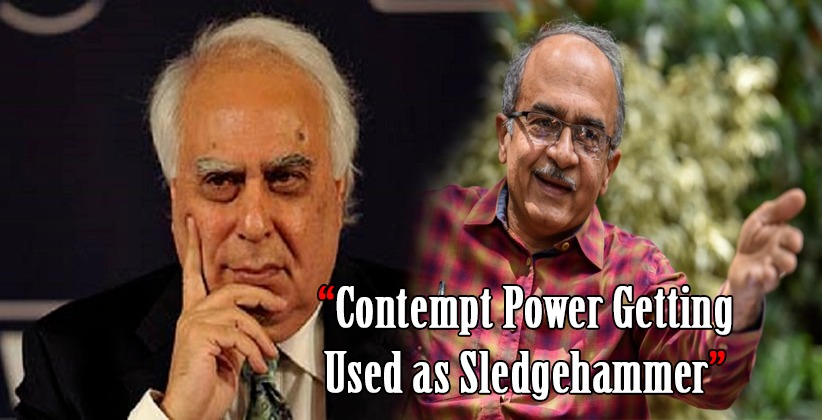 The Apex court had initiated suo motu contempt proceedings against Bhushan for publishing two tweets, the first tweet, which was posted on June 27 alleged that the last four Chief Justices had played a role in the “destruction of democracy” during undeclared “emergency” for last six years and the second tweet on June 29 allegedly said the present Chief Justice rode a stationary bike at Nagpur while keeping the apex court in lockdown and denying citizens their right to access to justice.

Advocate Prashant Bhushan has maintained that he was “exercising his freedom of speech” and giving his opinion about the functioning of the court, and it does not amount to “obstruction of justice”, necessitating the contempt proceedings.

On August 14, Prashant Bhushan was held responsible for contempt for tweets. The Supreme Court had observed that allegations against it may lead to loss of faith in the judiciary and of confidence among other judges. “In order to protect the larger public interest, such attempts of an attack on the highest judiciary of the country should be dealt with firmly,” the judges said.

On Thursday (August 20,2020), the Supreme Court rejected Bhushan’s request to adjourn the hearing on the quantum of punishment and to transfer it to another bench. The court then gave Bhushan two to three days to reconsider his statements about the court and the chief justice. Bhushan told a bench, headed by Justice Arun Mishra, that he would consult his lawyers and think over the top court’s suggestion.

Following the Conviction of senior Advocate, Prashant Bhushan by the Supreme Court, Congress chief Kapil Sibal got out in defense of lawyer-activist Prashant Bhushan on Saturday (August 22,2020) morning, tweeting that “contempt power is getting used by the courts as a sledgehammer” and warning that historical past would choose the courts for “having allowed us to down”.

“Prashant Bhushan Contempt power being used as a sledgehammer. Why are Courts helpless when institutions that need to protect the constitution and the laws show “open contempt “ for both ? Larger issues are at stake History will judge the Court for having let us down,” Sibal, tweeted.

He had also posted relating to the matter on the occasion of Independence Day by saying that, “As we celebrate Independence Day, courts must never forget that their commitment to the cause of liberty and our constitutional values will be judged not by their words and homilies but by their actions in dealing with causes. Happy Independence Day.”

Earlier than Sibal, the Congress had on Thursday (August 20,2020) mentioned that the “regulation needs to be utilized in an even-handed, truthful and balanced method” within the context of the contempt case. Congress’ spokesperson and Senior Advocate Abhishek Manu Singhvi mentioned the issues raised by these after the judgment are actually not in any method false or frivolous.