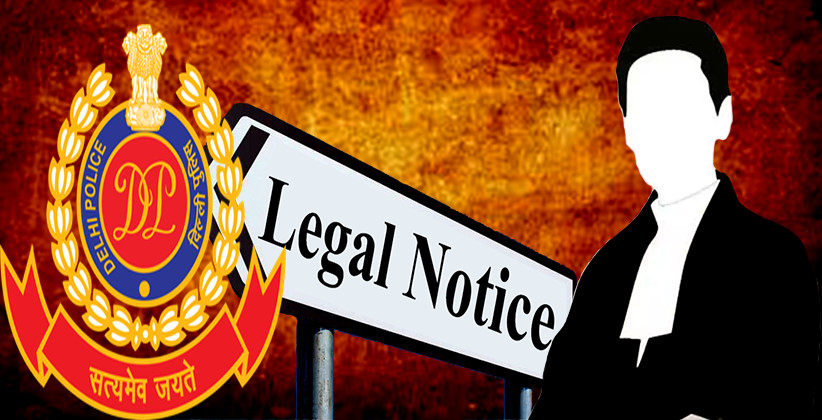 Following a massive protest by Delhi police personnel on November 5, 2019, in front of the police headquarters at ITO, a Supreme Court advocate has served a legal notice on Commissioner of Police Amulya Patnaik for “not taking action” against the protesters who laid siege to the force’s headquarters for 11 hours and staged a virtual revolt.

“This legal notice is being served upon you for not taking any action against the Delhi Police forces and their officials, who actively participated in the demonstration on 5.11.2019 since 11 am in front of Police Headquarter, Main Road, ITO, Delhi. They also address to the media for their demands and create fears in the lawyers and in the civil society. The Delhi Police and their higher officers also address to the national media whole day and given derogatory statement for the advocates,” the legal notice sent by Varun Thakur & Associates read.

Further claiming that the demonstration was illegal, the lawyer said, “Such irresponsible activities of your police forces is the clear violation of the Section 3 (1) (a) (b) (c) and 3 (2) of The Police Forces (Restriction of Rights) Act, 1966. The demonstration was live telecast by the national media whole day. Section (3) prohibits the police forces to participate in any demonstration, communicate with the press for their own demands, but we seen whole days such illegal activities at public places.”

Claiming that such an irresponsible behavior on the part of the police forces is creating fear in the society and is a dangerous thing for the country, the lawyer demanded immediate action against all the Delhi police personnel and their senior officers who participated in the said demonstration at public places and penalize them, as per Section 4 of the Police Forces (Restriction of Rights) Act 1966.

The protest was sparked by two attacks on police personnel – one on November 4, 2019, outside the Saket District Court and the other on November 2, 2019, in the Tis Hazari Court over a parking dispute between Delhi police and lawyers, in the scuffle three advocates were shot and several others injured.

The protesters demanded that the suspension and transfer of police officers ordered by the Delhi High Court following the clash be revoked. They demanded that cases be registered against the lawyers based on the complaints by the injured police officers and the High Court’s order that no severe action against lawyers should be taken over the incident, be challenged in the Supreme Court.

The agitation, in which families of the police personnel also took to the streets, were withdrawn in the night after assurance by senior officers that their grievances would be addressed.

In the wake of the protest, the lawyers are also pressing the authorities. An RTI was filed by Advocate Rakesh K. Lakra to the Central Public Information Officer, Ministry of Home Affairs asking whether any permission was sought by the Delhi police personals to protest. And if it was lawful or not?

Read the RTI Below