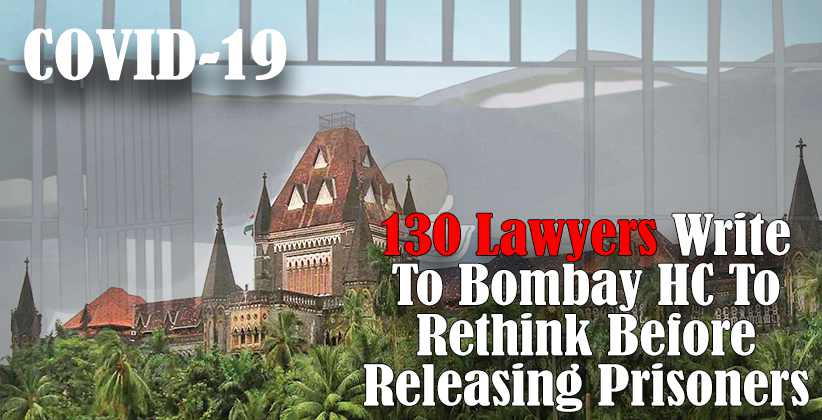 In the letter they have expressed their concern regarding the safety of "thousands of individuals incarcerated in prisons and other settings of detention such as observation homes, special homes, children homes, detention centres, borstal homes, etc" in the midst of the Coronavirus pandemic. Since the prisons, observation homes, special homes, children homes etc. are overcrowded. So, social distancing cannot be practised there. They further said that “prisons will serve as sources of re-infection if they are not immediately de-congested. The entire exercise of the Maharashtra state lockdown and India-wide lockdown will be useless if there remains large number of individuals who are at risk.”

They also raised their concern on the categorization of prisoners by the High Powered Committee which was authorised by the Supreme Court to do so. High Powered Committee on March 27, 2020 decided that undertrials who have been booked/charged for such offences for which maximum punishment is 7 years or less be favourably considered for interim release, but excluding people charged under MCOC, PMLA, MPID, NDPS, UAPA etc, foreign nationals and people from other states. They termed such categorization as “shocking and unfair”.

They said that though people in the prisons, observation homes, special homes etc. are convicts but still they have got fundamental rights such as Article 21, Right to life, and Article 14, Right to equality, under the Constitution of India, 1950. They added that “Even if categories excluded by the High Powered Committee are considered, it is imperative that vulnerable people (suggested categories) amongst those are considered for release. These are acknowledged to be high-risk categories and excluding them only on account of the nature of crime charged with, is like giving the death sentence to them. The need of the hour is not only to decrease the overcrowding but also to ensure that people get proper access to health care.”

According to the lawyers, priority to be given to the following categories of inmates, irrespective of the offences they are charged with:

Apart from this, lawyers have also asked government to release prisoners with their consent, to make sure that prisoners have proper vehicles to go their desired place and committee must provide subsistence allowance for all released prisoners, so as to ensure they can sustain themselves post their release. They also asked for strict screening of prisoners should be carried out for symptoms of COVID-19, i.e. fever (high temperature), cough and problem in breathing before release. In case of any symptoms, adequate medical assistance should be provided.

Classifying prisoners as "the most vulnerable group", lawyers finally prayed -

"These circumstances require extraordinary measures. It is the time for the State to dramatically reduce the prison population immediately for the health of this vulnerable population and our collective health. Any restriction on the basis of the crime they are alleged to have committed is unfair and violates their fundamental rights. When this pandemic infects the prisons and/or other settings for detention, there will be unmanageable consequences, both for inmates and for the wider community. We cannot wait for this to occur and should act now."