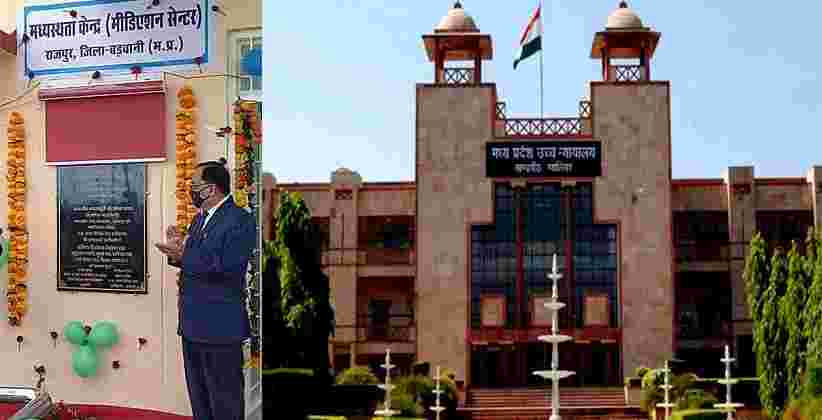 The main purpose of opening these three mediation centers in the outlying stations of Barwani was to endorse more harmonious means of dispute resolution and reduce the burden of litigation and district courts for matters which are compoundable and trivial in nature. The three mediation centers were inaugurated on 26th September, Saturday by the Chief Justice of Madhya Pradesh, High Court Ajay Kumar Mittal via online means.  The entire program was attended by the Executive Chairman of MP State Legal Services Authority, Justice Sanjay Yadav virtually. Madhya Pradesh also got its ADR building in the month of May 2020 at the District Court Complex Dindori and 12 new mediation centers were built in different districts of Madhya Pradesh at the Tehsil level of Ashoknagar, Balaghat, Bhind, Chhatarpur, Damoh, Gwalior, Hoshangabad, Jabalpur, Jhabua and Sagar in order to extend alternative dispute resolutions in the remote areas of Madhya Pradesh too.

Lately, Madhya Pradesh has been in the news for imparting justice to each and every corner of its State and for conducting 40 hours online Mediation Training to the Advocates who are based in different outlying stations of the State where a Single judge is posted.

In one of the press releases by the MPSLSA, it stated that “One of the most effective dispute resolution methods is Mediation as it renders a win-win situation to both the parties with multiple benefits like procedural flexibility, less complex, save money and time. It also restores the faith and trust among people. As per the recent records, the success rate of Mediation as a dispute resolution has increased expeditiously.”

Thus, Mediation is one of the most flexible and less complex dispute resolution methods and it usually tries to bring both the parties at the same level and enables an acceptable solution to both of them. Thus, bringing in more of Mediation Centres in Madhya Pradesh is a great initiative by the State government.    [READ PRESS NOTE]