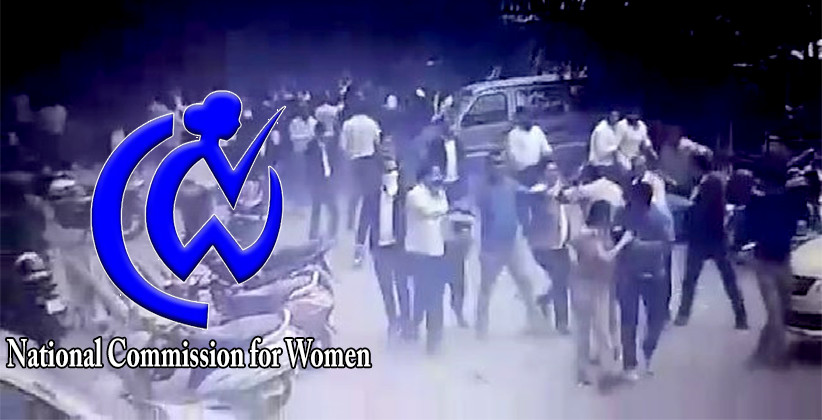 In two separate CCTV footages, it was seen that DCP North Monika Bhardwaj was harassed and chased by some people dressed as lawyers. In another clip, she was seen pleading before the lawyers to stop the violence.

NCW chairperson Rekha Sharma speaking to ANI said, "We have taken a suo motu cognizance in this matter. We are writing a letter to the Commissioner of Police Delhi and the Bar Council stating that a separate FIR should be registered against the people who have been identified in the video. We have also demanded a separate enquiry in the matter."

"Yesterday I saw the video and it is very unfortunate that a woman officer, who went there to control the situation and save others, was molested and manhandled by the lawyers. This is not at all acceptable," she added.

Further demanding exemplary punishment, Sharma said "It's very painful to know that lawyers themselves became the part of the clash. How will they work for the people? How can the people who very well know the law, can become the lawbreakers? Why did they take law in their hands?

"Such incidents are deterrent to other women who want to be recruited in police services. If so-called educated people behave in this manner, they should be debarred from practising law," she added.

The clash broke out on November 2, 2019, between lawyers and Delhi police over an issue of car parking. The altercation which started with an argument soon escalated and resulted in serious violence in the Court Complex wherein three lawyers received gunshot wounds and several others injured.

Subsequently, on November 5, 2019, the Delhi police personnel staged a massive protest in front of the police headquarters at ITO demanding that the suspension and transfer of police officers ordered by the Delhi High Court following the clash be revoked.