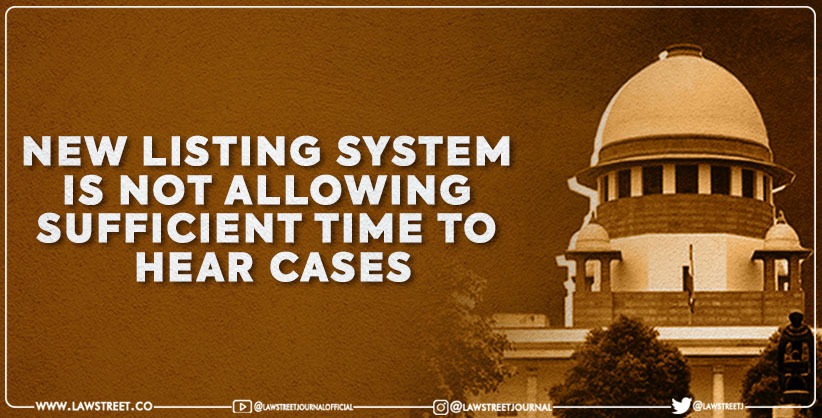 NEW DELHI: A two-judge bench of the Supreme Court has raised a question mark with the new system of listing of cases, saying it is not giving adequate time for hearing of cases.

Hearing a case titled as 'Nagesh Chaudhary vs UP and others', a bench of Justices Sanjay Kishan Kaul and Abhay S Oka said as per the current listing system of cases, there are too many matters fixed for hearing in the afternoon session.

“The new listing system is not giving an adequate time to take up matters fixed for hearing like the present case as there are a number of matters within the span of ‘afternoon’ session," the bench said while posting the matter for consideration on November 15.

Earlier, a bench led by Justice D Y Chandrachud too raised a similar grievance, saying these days nearly 60 cases are listed for hearing before each court on miscellaneous days. The bench had then also expressed displeasure at lawyers who sought adjournments.

After Justice U U Lalit assumed the charge as the Chief Justice of India, new system of listing of cases has been put in place to ensure quick disposal.

Under the administrative set up, the Chief Justice of India is the master of roaster and head of the SC registry.

This is departure from the previous practice when the court used to hear miscellaneous matters first and the regular matters in the afternoon session.

There should be no restriction of time for arguing counsel, Dave tells SC in Hijab Hearing