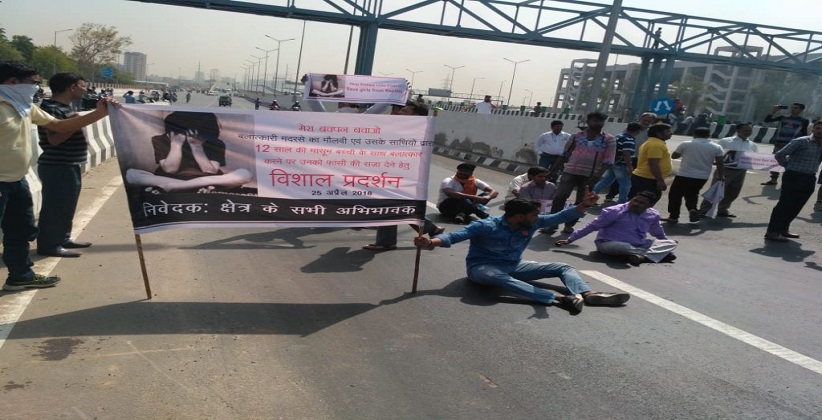 On April, 25th 2018 activist in New Delhi of Ghazipur area took out a march and blocked NH 24 near Khoda to demand justice in the rape case that occurred on April 22 with the girl of Ghazipur, Delhi in Ghaziabad.

According to the people, the 10-year-old girl was found in the Madarsa, located in Arthala, Sahibabad after she was raped by the Maulvi under the influence of a substance. The girl was missing from Gharoli of Ghazipur area of East Delhi on April 21, the police then recovered the girl from the Madarsa on the night of 22 April.

The people are demanding that the Maulvi should be hanged and the Madarsa should be sealed.

Earlier the Delhi Police had filed a case of Kidnapping, but after the medical examination of the girl confirmed rape, offence under the POCSO act has also been added to the FIR and today 17-year old student of that Madarsa has also been detained.

The protest led to long lines of vehicles for about 3 km on NH24 on both sides. After getting the information of the jam, the police reached the spot and removed protesters from the road. The police has also assured of strong action against the accused. 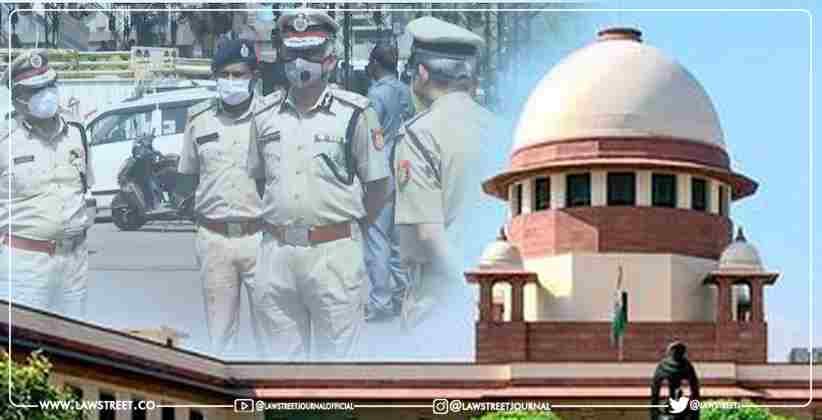 Judiciary Dec 13, 2021 Lawstreet News Network ( ) 9 Shares
9 Shares
Supreme Court hearing plea challenging Delhi High Court’s order dismissing petition for quashing of notice under Sec 50 of the Delhi Police ActAdv Prashant Bhushan: This case is good case study of how police act at behest of mafia in city to frame and harass innocent people.Bhushan: Plea was filed Against notice for externment. The High Court notes out of 7 cases, case no. 1, 2 and 3 stand settled, whereas case no. 3 and 4 stand quashed and case no. 5, 6 and 7 are still pendingCJI: You...
Read full post