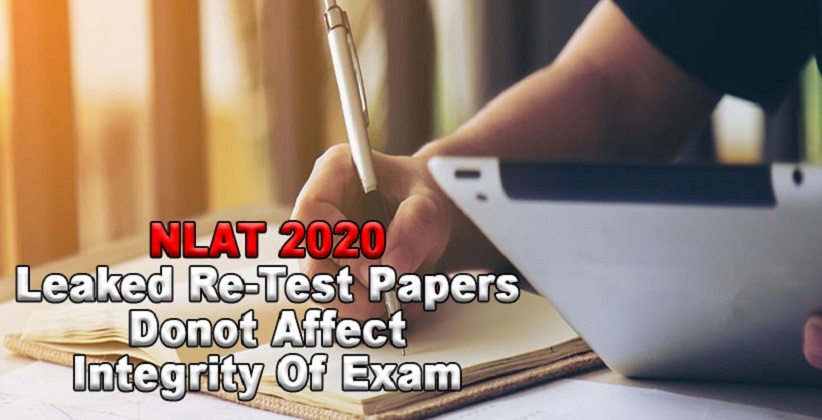 The National Law Aptitude Test-2020 which was supposed to be conducted at National Law School of India University (NLSIU), Bangalore on Saturday i.e. 12.09.2020 was cancelled due to some technical glitch and was rescheduled to be held on Monday i.e. 14.09.2020 after a brief discussion with the candidates appearing for the test. The candidates complained about the technical glitches like verification, facial recognition and logging issues during the examination which was conducted on Saturday. The NLSIU had issued a statement that 26,071 candidates appeared for NLAT-2020 out of which 80% have been offered to re-write for the test again on Monday.

While on Monday, during the examination time reports being spread the question papers of the re-test have been leaked. The Bar and Bench received a copy of the leaked paper at around 01.00pm on Monday while the test was underway. The copy was verified by students and it is being confirmed that the leaked questions are being as the same as the students were giving in the examination. As the test was going from 12.30pm to 01.15pm, the leaked questions were circling around the social media platforms.

While the reports being claimed this as true, NLSIU released a statement on Monday stating that the test paper was accessible to the candidates once after their logging in to the examination portal and the leaked questions were being circulated by some students after logging in through messaging app and sharing medias. While it is being treated as a malpractice under the guidelines of NLAT, it does not affect the integrity of the exam as the questions were available to the candidates after being logged in.

The University assured that proper necessary measures will be taken to investigate such acts and technology should be use to identify the malpractice by the specified candidates and disqualify such candidates from the examination hence further.